Building the future of southern Queensland

"If you build it, they will come."
TAGS:
Students, Alumni

The University of Southern Queensland has proved the saying, “If you build it, they will come,” to be true time and time again – from pioneering remote and online tertiary learning, to expanding its footprint and establishing a third campus at the exponential growth city of Springfield.

Tomorrow (Wednesday 21 September), the University will honour those who are quite literally building the future of southern Queensland – surveying students and the industry donors who are backing them every step of the way – and announce the opening of the inaugural Clem Jones and Geoff Wright Scholarship for 2023.

Established this year through founding gifts from Clem Jones Foundation, Springfield City Group, and the ISAQ Bicentennial Education Fund, the endowed scholarship is worth up to $12,000 and celebrates the surveying careers of Clem Jones AO and Geoff Wright.

Peter Johnstone, CEO of the Clem Jones Foundation, said honouring the memories of Mr Jones (1918-2007) and Mr Wright (1956-2017) in this way recognised their dedication to surveying and the spatial sciences profession.

“Clem Jones is best known as the longest-serving Lord Mayor of Brisbane, but he began his working life as a surveyor and went on to establish his own practice in Brisbane and expanded it to encompass regional offices across Queensland before selling it prior to entering politics,” he said.

“He continued his involvement in surveying and town planning after retiring as Lord Mayor and was a close associate and admirer of Geoff Wright’s professional skills and his commitment to community service and professional development.”

“Geoff demonstrated an early dedication to fostering and supporting others in the profession and was a founding member of the Surveying Graduates Association, an organisation established to give young surveyors assistance and advice in the early stages of their careers,” he said.

“It’s wonderful to honour both the friendship and professional integrity of both men through the University of Southern Queensland’s scholarship.”

Chair of the ISAQ Bicentennial Education Fund, Phillip Pozzi, said it was appropriate to recognise both men for their contributions to spatial sciences, their service to the ISAQ and the broader footprint of Southern Queensland.

“We are pleased to have contributed to the establishment of the scholarship which will help more students to study spatial sciences and make a career in an industry that is essential to the development of our nation,” Mr Pozzi said.

Springfield City Group Chairman Maha Sinnathamby AM welcomed the scholarship and its recognition of the importance of education.

“Springfield City Group has always aimed to enhance human and social capital and this scholarship will make a difference to its deserving recipients,” Mr Sinnathamby said.

“The vision of Springfield City continues to become reality with precise master-planning, so we’re delighted to partner with the Clem Jones Foundation and the ISAQ Bicentennial Education Fund for this initiative.”

University of Southern Queensland Director (Development), Advancement, Mr Stephen Holden, said industry donors have a deep understanding of the need for skilled, qualified surveyors as Australia and southeast Queensland enters a period of intense infrastructure development through to 2032 ahead of the Brisbane Olympics.

“Beyond the Clem Jones and Geoff Wright Scholarship, we have also received scholarship support from a wide range of donors - including Foundations, individuals, small surveying firms, industry bodies and businesses large and small,” he said.

“It is uncommon to see such diversity of donors united toward a single purpose, and this singularity of focus speaks to the deep need for support for our student surveyors and the current and future needs of the industry.

“The ongoing support from groups such as the Association of Consulting Surveyors and The Surveyors’ Trust is a priceless asset to not just our University and our students, but the broader community as well.”

Professor Sherif Mohamed, the University’s Head of the School of Surveying and Built Environment said UniSQ is one of a small number of universities offering surveying and the only one in Queensland.

“Springfield, Ipswich and Toowoomba will grow and change to become even better communities through the continued evolution of their built environment over the coming decade and the graduates of our degrees will be the ones leading that evolution,” he said.

“Currently, there is a significant shortage of qualified surveyors, so it’s critical we work hard to deliver high-quality education and undertake high-impact research, to continue to support industry and our collaboration partners.”

The scholarship launch and donor event will be held at the University’s Springfield campus at 10am, Wednesday 21 September 2022. 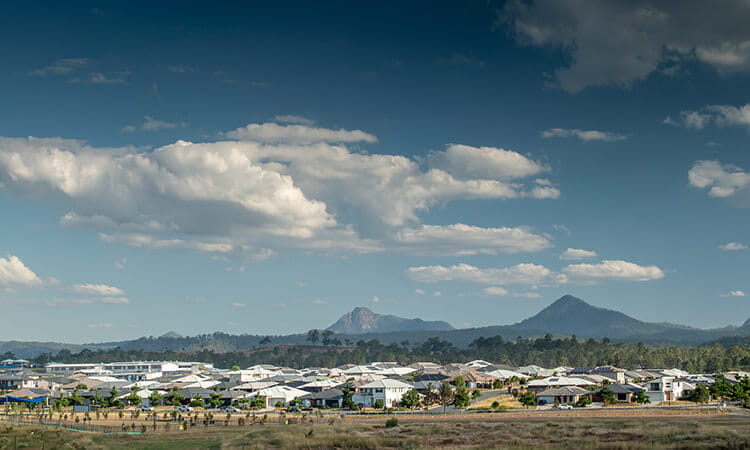 Building the future of southern Queensland.