While we have just welcomed the start of a new year, millions of lightyears away, a newly discovered exoplanet celebrates the occasion every few days.

Having identified its planetary features, the team learned TOI-778 b revolved around a rapidly spinning dwarf star, completing a full orbit in under five days.

Although a land of many new years might sound appealing, the planet’s size and close proximity to its star have seen it classified as a hot Jupiter, a giant planet with scorching temperatures.

"It was pretty difficult to pin down and confirm that TOI-778 b was a planet in the first place,” Dr Clark said.

“We received a signal from the TESS telescope to say that there could be a planet orbiting this star.

“But as we took preliminary data, we noticed that the parent star was spinning super-fast on its axis - about 40 kilometres a second, which is 4 times the speed needed to launch rockets into space.”

Learning more about the exoplanet was no easy feat, as the speed of the dwarf star’s rotation “smeared out” the planet’s signals.

“Thankfully, the best thing about being at UniSQ is having our very own observatory up at Mount Kent, where we can take a multitude of observations to slowly get the imprint of the planet off from the star's spectrum,” he said.

“We weren't able to just make sure that the planet was there, but we were even able to measure the tilt of the planet's orbit, relative to its star.”
This information gave the scientists an insight into the planet’s formation and how it came to be in the orbit of a dwarf star.

“With our observations, we were able to work out that TOI-778 b would have formed millions of kilometres away from its current location, slowly creeping into its current orbit, circling around its star every five Earth-days,” Dr Clark said.

“We're still trying to work out how these planets form and how they manage to get into these really close orbits, but it's awesome research that we're currently looking into here at UniSQ.”

Dr Clark said his research at UniSQ had helped him to fulfil a lifelong dream.

“Ever since I was an undergraduate student, one of my biggest aspirations was to lead the discovery of another world,” he said.

“To be able to do that in a team of over 60 people all around the globe, including those that inspired me to purse a PhD in astrophysics in the first place, is honestly a dream come true.”

The University of Southern Queensland’s Centre for Astrophysics is dedicated to world-leading research into astronomy, space science and astrobiology. 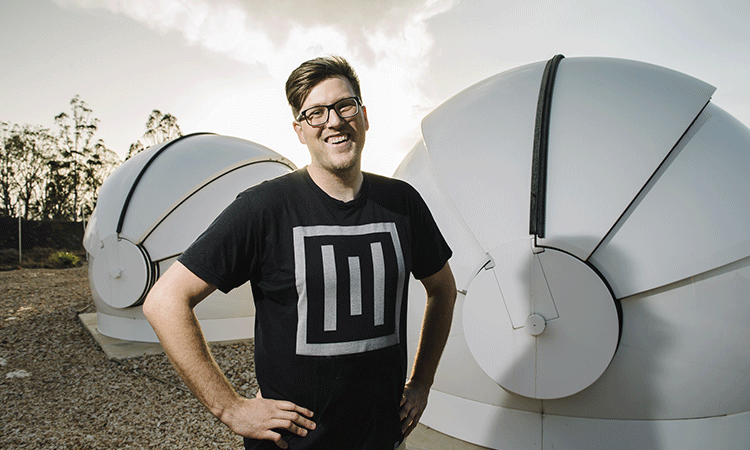