How one graduate is kicking goals!
TAGS:
Graduations, Faculty of Health Engineering and Sciences

With her mother, Helen, and sister, Cassie, by her side, the 22-year-old celebrated the end of her undergraduate degree alongside hundreds of her peers at Toowoomba’s Empire Theatres yesterday (December 14).

“I chose university study so I could follow my passion in my chosen field, and future career,” she said.

“It’s a strange feeling knowing I have now graduated, but I’m relieved and thrilled with what I have achieved.

“Making the transition from student to a practitioner is tricky to guide, but I am very excited to begin work in the field.”

The graduation ceremony caps off an exciting period for the Darling Downs product, who was recently named in the Reds’ Academy Squad ahead of the 2023 Buildcorp Super W season.

Dascombe earned her first opportunity to pull on the Queensland jersey in the Reds’ 50-point victory over the Melbourne Rebels at Suncorp Stadium in April.

However, not all went to plan for the former Fairholme College student, who suffered a head knock during her debut, ruling her out for the remainder of the season.

“It has only given me more motivation to work harder in the pre-season and earn myself a spot in the final squad,” she said.

“Everyone is competing hard for their positions, so I must put my best foot forward.

“The goal is to get named and get a few more games under my belt, but one step at a time.”

Dascombe came through the Queensland Country pathway in 2021, having previously starred for the University of Southern Queensland Saints.

While she’s only been playing rugby for less than two years, due to a lack of opportunities for female players, the former Queensland schools high and triple jumper said she has always had an interest in the sport.

“I love the competitiveness and physicality of rugby,” she said.

“I’ve always been highly competitive, and rugby is the perfect sport to display that.

“It’s fantastic to be a part of a semi-professional program with structured training.

“I’ve never been a part of anything like it before. The staff are unreal.”

With the graduation ceremony now behind her, Briana is looking forward to putting her degree into practice.

“There’s a lot of different avenues for my degree,” she said.

“I’m going to be working in a private clinic alongside physios so I will be able to get a range of exposure to different clientele in my first couple years out of university, which I’m looking forward to.”

Do you have a passion to work in sport, exercise, health or fitness? University of Southern Queensland’s Sport and Exercise Science degrees cover all aspects of sport and exercise science, including anatomy and physiology, psychology, strength and conditioning, exercise prescription, programming and delivery, alongside professional placements. 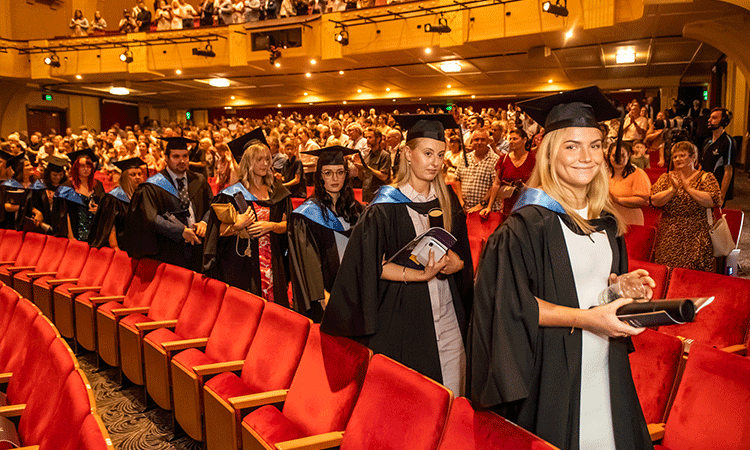