An A+ moment!
TAGS:
Education and Teaching, Students, Research

University of Southern Queensland doctoral graduate Tania Leach has picked up a prestigious accolade in recognition for her work exploring the challenges of middle leadership in schools.

It capped off a memorable week for Dr Leach, who celebrated finishing her doctoral degree at a graduation ceremony in Toowoomba the day before.

The Associate Head of School (Professional Engagement) at the University of Southern Queensland said she was honoured to receive the ACEL award, which acknowledges exceptional academic achievement in educational leadership research studies.

"I am humbled and grateful to have my research recognised by ACEL colleagues,” Dr Leach said.

“I feel privileged to be surrounded by amazing educational leaders, including my supervisor Dr Dorothy Andrews who nominated me, and I am grateful to my four children and husband for their unconditional support.”

Dr Leach said the findings from her research have helped inform how middle leaders’ roles can be utilised to positively impact the implementation of reform policies and, ultimately, the provision of quality student learning experiences. 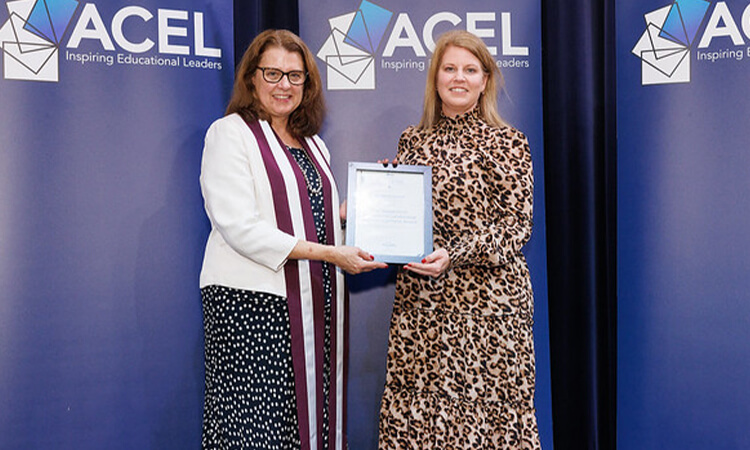