In just three weeks, the war in Ukraine has seen what could be the largest refugee movement since the second world war.

There are currently more than 3 million Ukrainian refugees, with a further 6.5 million people displaced inside Ukraine. Meanwhile, Russian attacks on Ukrainian cities and civilians continue.

Various organisations including the Law Council of Australia have called for Australia to “open its doors” to Ukrainian refugees, and Ukrainian community organisation in Australia are also working to assist refugees to resettle here.

But Ukrainian organisations have also pointed out that refugees are only part of the issue. Ukrainian national sovereignty is also key. As a historian of post-second world war displaced persons, it is important to understand how this history informs the current moment.

Ukraine between the wars

Between the two world wars, what we now know as “Ukraine” was split. It became the Soviet Ukraine in the east, with the west ruled by Poland. Soviet Ukraine endured a bloody civil war, forced collectivisation and the Holodomor (literally “hunger-extermination”) – the Soviet-made famine in 1932-33.

After the Soviet Union invaded Poland in 1939, it deported 315,000 people, including Ukrainians, into gulags.

During the war, the Ukrainian radical-right in Poland collaborated with the subsequent German occupiers against Poles, Jews and the Red Army. The Organization of Ukrainian Nationalists (OUN) was highly nationalist and then declared an independent Ukrainian state, with its leaders imprisoned in the Sachsenhausen concentration camp in Germany.

By 1945, Stalin had taken control of most of eastern Europe, including all of Ukraine. But the OUN was extraordinarily successful in advocating for an independent Ukrainian state in the post-war displaced persons camps in Europe.

“Ukrainian” was not originally a nationality categorisation used by the United Nations Relief and Rehabilitation Administration. Ethnic Ukrainians were technically either from the Soviet Union or Poland. It was only after Ukrainians protested it was agreed to create a separate category: “Ukrainian”, and separate camps.

The bloc argued for a separatist “new order” based on independent and ethnically homogeneous states. Their slogan was “Freedom for nations! Freedom for individuals!” In the Cold War, such initiatives received support from the west, particularly the United States.

In Australia, Ukrainian community organisations were founded by the 14,000 Ukrainians who arrived in the country between 1947 and 1952. They included former forced labourers under Nazi occupation and former prisoners-of-war who found themselves in Germany and Austria in May 1945.

All were anti-Soviet and refused to return to lands under the control of the Soviet Union. Many were anti-Communist but, above all, they were nationalists and against what they saw as Russian imperialism.

So, while Ukrainian displaced persons who resettled in Australia became “new Australians”, many also saw themselves as Cold War warriors, advocating for Ukrainian nationalism. They felt vindicated decades later when the Soviet Union fell.

For more than a century, Ukrainian nationalism has proved that it has not - and will not - disappear.

This means that as well as refugee support the Australian Federation of Ukrainian Organisations is also calling for concrete political assistance from Australia. This includes support for Ukrainian membership in the European Union, a #NoFlyZone over Ukraine and for business leaders to divest from Russia.

As chair Stefan Romaniw has asked:

At the end of the day, who is going to help Ukraine defend its territory?

War is complex and traumatic. Our first response is naturally to think of people who are injured and displaced. But we should not forget, Ukrainians want their country as well as temporary relief. 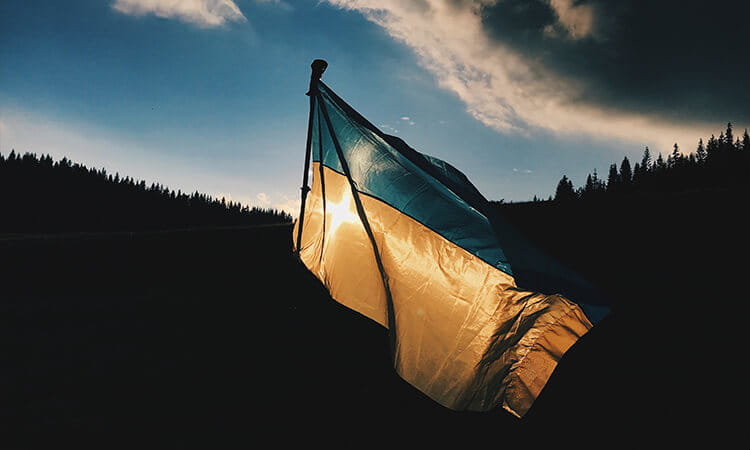 Ukraine’s fight for its identity is more than a century old – it is not about to stop.