When tuning into space radio, you might expect to hear the likes of Across the Universe by The Beatles or Elton John’s Rocket Man.

Instead it’s the rhythmic beating of pulsars and powerful bursts of energy as supermassive black holes at the heart of distant galaxies cannibalize themselves that have space scientists keenly ‘listening’ to the sky.

University of Southern Queensland Master of Science (Astrophysics) student Rebecca Barrett’s research is focused on looking for artificial radio signals originating from exoplanets in the search for extra-terrestrial intelligence (SETI).

“Each of these stars has at least one candidate or confirmed exoplanet whose orbital path took it behind its host star during observation, in what is called ‘secondary transit’.

“Exoplanets are a hot topic in modern astronomy, and game theory would suggest that other intelligent civilisations would be equally interested in the discovery and analysis of planets in other stellar systems.

“By analysing targets in secondary transit, I can explore the idea that if a continuous radio signal was being transmitted from an exoplanet, that it would pause and resume as the planet moves behind its host star and re-emerges on the other side.

“This idea, of course, relies on the detection of a signal-of-interest; yet we can still investigate what we might expect this signal interruption to look like, and explore it to detect weak signals as a means of signal verification in future studies.”

Ms Barrett works with Breakthrough Listen, a $100 million SETI observation and analysis program based at the University of California, Berkeley.

The program partners with some of the world’s largest and most advanced telescopes, across five continents, to survey targets including one million nearby stars, the entire galactic plane, and 100 nearby galaxies, at a wide range of radio and optical frequencies.

She recently visited UC Berkeley where she attended lectures, activities, and the annual Breakthrough Discuss conference with summer intern students from around America.

Ms Barrett also got a chance to meet with University of Southern Queensland PhD student and UC Berkeley researcher Howard Isaacson, who is also involved with Breakthrough Listen.

“I work with data from the Automated Planet Finder and the Levy Spectrometer, searching the high resolution spectra for laser emission lines that could originate from beyond the Earth,” Mr Isaacson said.

“Such laser signals are very narrow in wavelength, allowing for detection against the broadband energy emitted by the observed stars.”

Ms Barrett has sorted through a complete list of about 60,000 observations (approximately 5-10 thousand individual targets) that have been made by Breakthrough Listen at Parkes Observatory, NSW, since the start of the program.

“The next step will be to run an algorithm called turboSETI on approximately 3,500 data files totalling 20 terabytes from these observations,” she said.

“This algorithm will flag signals based on a set of custom, programmed parameters – an intensive process that will require about 300 hours of computing time using Breakthrough Listen’s high powered compute nodes located at UC Berkeley.

“Flagged signals, or ‘events’, will then be visually inspected as a set of stacked spectrograms (aka waterfall plots) for signals-of-interest originating from the observed exoplanet.

“The Universe is vast and contains more planets than the human mind can comprehend. We simply cannot be the only ones, and I will happily spend my life trying to prove it.”

Dr Danny Price from the International Centre for Radio Astronomy Research (ICRAR) is the project scientist for Breakthrough Listen in Australia.

“Finding a needle in a cosmic haystack is not an easy task and we need skilled astronomers to join the search,” Dr Price said.

“I am elated that the search for life beyond Earth has ignited a passion for scientific research in such a talented young scientist.

“Rebecca will no doubt inspire a future generation to engage in STEM careers.”

Ms Barrett intends to pursue a PhD in Astrophysics, continuing her focus on SETI and her collaboration with Breakthrough Listen in 2023. 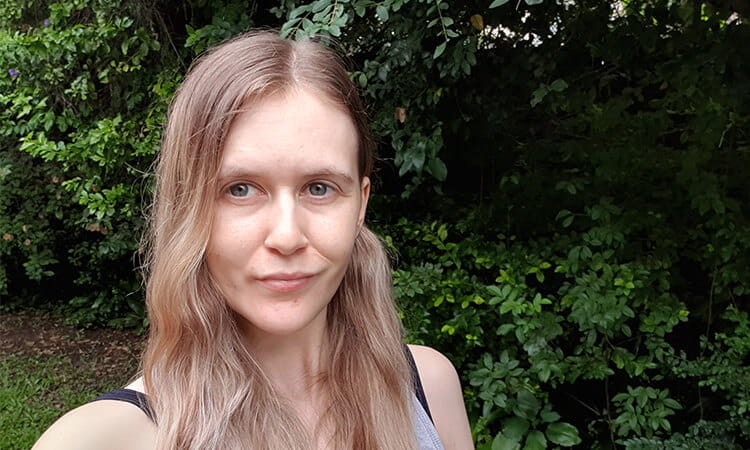 Rebecca Barrett’s research is focused on looking for artificial radio signals originating from exoplanets in the search for extra-terrestrial intelligence (SETI).