One of Australia’s top agricultural engineers has made history, becoming the University of Southern Queensland’s first Head of School and Dean for Agriculture and Environmental Science.

His focus on precision agriculture, energy conservation and irrigation modernisation has earned him many accolades, including the prestigious Fulbright Scholar Award.

Born and raised on a cotton property in Central Queensland, Professor Baillie’s passion for improving farming operations was fuelled by his childhood.

“Growing up in Emerald, I understand first-hand the need for improved farming technologies,” Professor Baillie said.

“Whether it’s driverless tractors or automated irrigation, ag tech is the way of the future for Australian farmers.”

Early in his career, Professor Baillie moved to Bundaberg where he worked for Bundaberg Sugar Ltd after studying Agricultural Engineering at the University of Southern Queensland.

“I’ve come full circle and I’m so excited about it.”

“Building new technologies for the people who need it most, our farmers, is one of the most important things a researcher can do.”

“This connection between research and people will be central to the School.”

The School of Agriculture and Environmental Sciences was unveiled earlier this year, providing leadership to a suite of academic endeavours from undergraduate to higher degree research training.

“The University of Southern Queensland is the only university in Australia that offers Agricultural Engineering,” Professor Baillie said.

“We also have new degrees including the Bachelor of Agricultural Technology and Management, the Bachelor of Environmental Science and a new major in Wildlife Management which is really exciting coming into this role.”

“This is what sets us apart and makes our School a leader in agriculture and environmental science.”

Find out more about Agriculture and Environment. 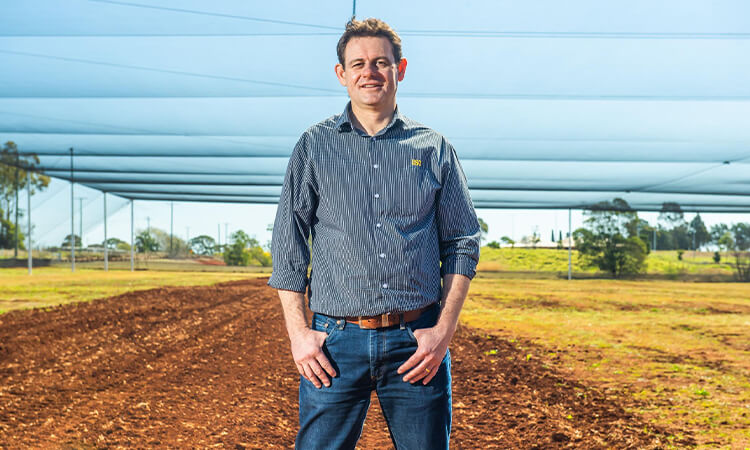 One of Australia’s top agricultural engineers Professor Craig Baillie has become the University of Southern Queensland’s first Head of School and Dean for Agriculture and Environmental Science.