And heard across the airwaves...
TAGS:
Media and Communication, Students

Video may have killed the radio star, but radio reigns supreme as the most widely consumed and trusted media source globally.

“Its monopoly on the broadcast market may have waned since its golden age of the 20s through to the 50s, yet the audio business is holding its own in today’s tough economic climate,” he said.

“Central to this continued success is trust. Listening to and choosing radio is based on a trust relationship. Social media does not enjoy the same consumer confidence.

“The public has the right and reasonable expectation that radio will earn and maintain that trust by being authentic, local and responsive to the needs of its audience.”

The University of Southern Queensland has graduated hundreds of students from its broadcast courses, with alumni currently working on air and in production on ABC radio, commercial radio stations and associated audio business products, including podcasting.

“From producers, presenters to audio editors, our graduates have found their place in the robust audio industry,” Dr Jones said.

“Students have access to cutting edge radio facilities at our Springfield campus with two on-air studios equipped with the latest industry-based software and hardware.

“Our courses and facilities are designed to provide high-quality training and seamless transition into the industry.”

The University of Southern Queensland has also forged strong industry relationships. For example, it recently entered into a partnership with peak body Commercial Radio Australia (CRA).

CRA Chief Executive Officer Joan Warner said they were delighted to support internships and work experience opportunities for third-year students undertaking Bachelor of TV and Radio Production with the University.

“Students will be able to hone their skills by working alongside Queensland commercial radio teams by gaining first-hand experience in all facets of radio production,” she said.

“The internships support students to make the transition from study into their rewarding and dynamic careers in the commercial radio industry.

“In 2021, radio continued to be a mainstay for Australian listeners who regard it as a trusted source of news and entertainment.

“One of the key ways for commercial radio to remain successful in the future is by attracting the best and the brightest young talent to work in the industry.”

Learn more about film, television and radio degrees at the University of Southern Queensland. 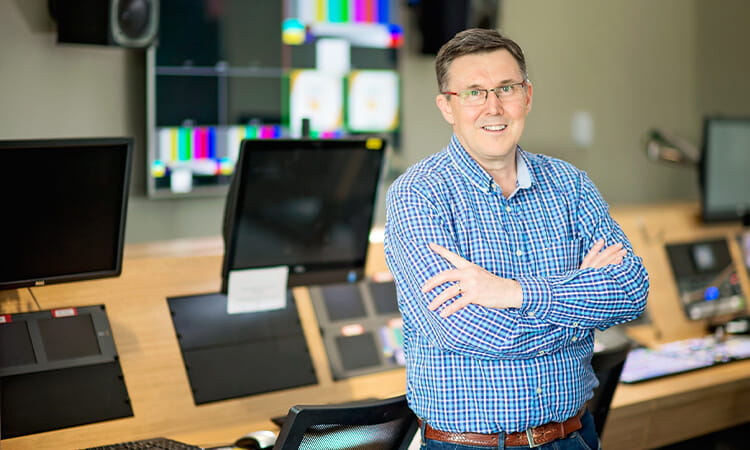