Life's unknown path presents itself to us in the most mysterious of ways.
TAGS:
Students, Study

Kaitlin Labahn-Meyland was in the emergency room when she had an epiphany about her future.

Rushed in after a medical emergency, Ms Labahn-Meyland was immediately comforted by the nurses and saw how they aided other patients.

A student in the final year of her business degree at the University of Southern Queensland, it was at this point Ms Labahn-Meyland made a big decision.

“I had always been interested in nursing, but with my family involved in accounting and having done well in my business subjects at school, I had gone down that path at the time,” Ms Labahn-Meyland said.

“Seeing the way the nurses operated in the emergency room, interacting with the other patients and with myself, I realised that that was what I wanted to do with my life.

“During this time, my mum had also told me I looked happier watching the nurses put an IV into my arm than reading my textbooks at home.

“It made sense - I had always loved medical shows and had had a feeling I wanted to go into the healthcare sector.”

Already a student at the University, Ms Labahn-Meyland applied to switch to a Bachelor of Nursing at the end of last year.

“I was actually at work when the offers came out, but I was able to quickly check,” she said.

“When I saw I had been accepted into nursing, I was so excited because I knew it what a big lifestyle change it would be.

“It was one I’ve been looking forward to and I think will suit me a lot better.”

Originating from Victoria, Ms Labahn-Meyland chose to make the move to the University’s Toowoomba campus so she could also continue her other passion – competing on the national Show Horse circuit.

Show Horse is an Equestrian Australia discipline where riders exhibit their horses through individual routines.

“Training for a sport at national level, you need time and a little more help,” Ms Labahn-Meyland said.

“I am in the University’s elite athlete program, which gives me flexibility to be able to attend these shows by structuring my classes around them.

“This was one of the reasons I chose to study here. This coming semester I’m enrolled in two online, one external and one on campus class because that is what works best with my schedule.”

Ms Labahn-Meyland said she was looking forward to the start of her first semester studying the new degree.

“It will be interesting to do something different,” she said.

“I love working with children, as I think they are some of our society’s most vulnerable.

“In the future, I hope to be able to specialise in neonatal intensive care or surgical nursing to help support babies that are born prematurely.”

Ms Labahn-Meyland joins hundreds of other students starting their education journey this week at the University of Southern Queensland’s orientation week. Workshops and information sessions to introduce students to their academic studies will run alongside numerous social events and activities on-campus in Toowoomba, Ipswich and Springfield and online.

Learn more about Orientation at the University of Southern Queensland. 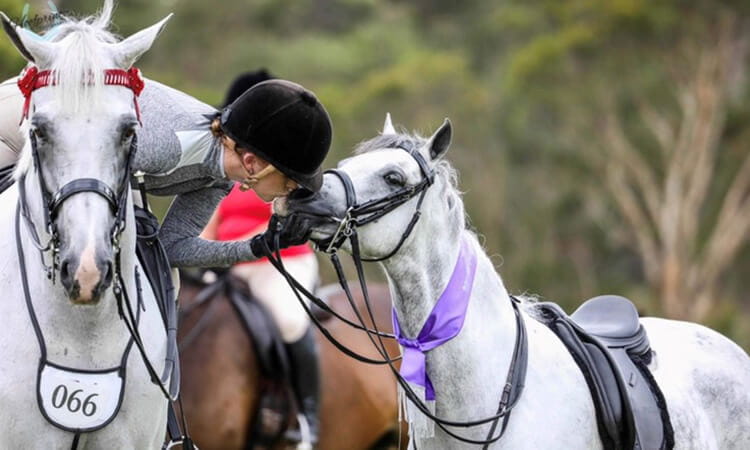 Originating from Victoria, Ms Labahn-Meyland chose to make the move to the University’s Toowoomba campus so she could also continue her other passion – competing on the national Show Horse circuit