Stars and hypersonics: Focus on Space and Defence at the University of Southern Queensland

From fixing jets to testing rockets, discovering planets to looking for aliens, the University of Southern Queensland is at the forefront of Space and Defence research.

Teams are working on cutting edge research projects in hypersonic propulsion systems, advanced materials, and astrophysics, making it an exciting time for the University’s planet hunters and rocket builders.

Recently named one of Australia’s Trailblazer universities, the University is acknowledged as a leader in space manufacturing and spearheads the newly created Innovative Launch, Automation, Novel Materials, Communications and Hypersonics (iLAuNCH) Hub.

It’s just the latest of many milestones for an astronomically talented team based at the University’s Institute for Advanced Engineering and Space Sciences.

“The work we’ve done to date, and continue to do, has put us on the map globally,” he said.

“That’s really important for developing the profile of the university, attracting new students and helping develop the new generation of researchers.”

At the Institute’s Centre for Future Materials, one of Australia’s largest dedicated composite materials manufacturing and testing facilities provides novel design, manufacture, and testing for industry

Meanwhile, at the Institute’s Centre for Astrophysics researchers work day and night to advance humanity’s understanding of the shared evolution of stars and their planetary systems.

The University’s researchers have contributed to the discovery of more than a hundred of new planets orbiting stars other than the Sun, including exoplanet TOI-3362b with its extreme seasons and aluminium rain; the ‘teenage’ planets (TOI 1807b, TOI 2076b, TOI 2076c and TOI 2076d) of two distant stars; and one of the hottest planets ever discovered, the hellish TOI-1431b.

The University’s Professor Jonti Horner from the Centre for Astrophysics said the research team is also at the forefront of searching for alien worlds.

“We are the leading group in the southern hemisphere doing this kind of work, working with NASA and people right across the globe,” he said.

“It's just breathtaking and so exciting to be part of that kind of global endeavour to answer these really fundamental questions.”

You can find out more about the Space and Defence research at the University of Southern Queensland on our website or via YouTube. 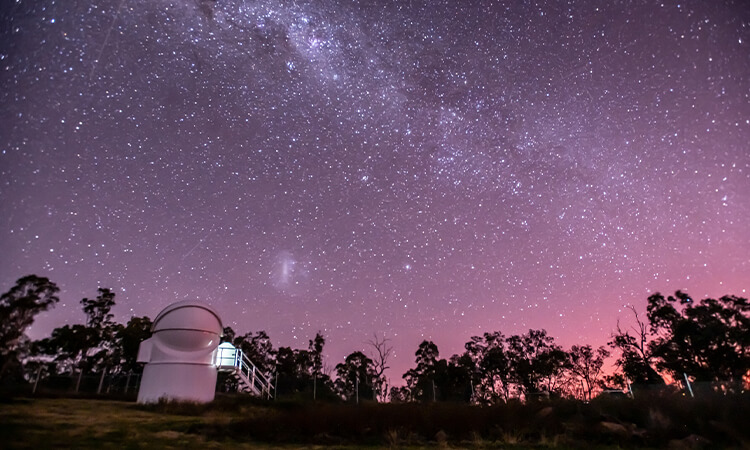 Space research at the University of Southern Queensland.