In a world first, an Aussie company has captured substantial data from a meteor shower that will have a significant impact on space science.
TAGS:
Institute for Advanced Engineering and Space Sciences, Hypersonics and Rocketry

Last week, Earth entered a stream of cometary debris after the recent fragmentation event of the 73P/Schwassman-Wachman 3 comet, which occurred 27 years ago in 1995.

It was the first opportunity in recent history to observe debris from a newly fragmented comet.

The team developed and applied a range of scientific systems to image the meteor shower through the windows of a Phenom 300 aircraft, capturing images over a three-hour flight at 40,000ft. The airbourne mission complemented ground-based observation teams, capturing images clear of atmospheric pollution.

The team of world-class researchers and experts captured data from hundreds of objects piercing the atmosphere at speeds greater than 12km/s. The mission was undertaken to gain a new understanding of cometary objects, including their composition, physical properties, and flight trajectories.

The outputs of this mission include the number of meteors per time, meteor spectra and 3D trajectory data.

The Australian-owned data will be shared with the international community by RTI and the University of Southern Queensland, which are analysing the data in collaboration with international partners.

University of Southern Queensland rocket scientist Dr Fabian Zander said the mission and data collection had opened up a world of information.

“Although the potential meteor shower has been predicted for some time, the decision to fly an airborne observation mission was only made two weeks prior,” Dr Zander said.

“This demonstrates the capability and flexibility of the team to mount a complex airborne observation mission in a very short amount of time.”

The success of the mission demonstrates the sovereign capability of Australia to lead and execute internationally-significant research projects with the support of the state and federal governments.

Since October 2018, RTI launched their journey into space, establishing its rocket testing facility at Helidon, Queensland. 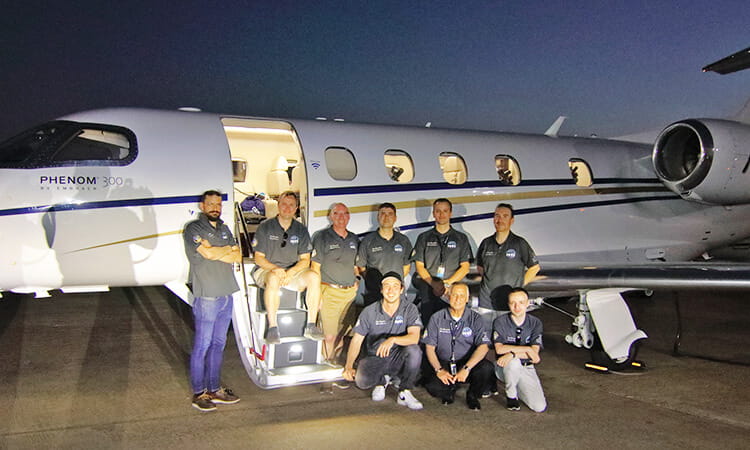 In a world first, an Aussie company in collaboration with the University of Southern Queensland has captured substantial data from a meteor shower that will have a significant impact on space science.