Held in Beijing, the competition promises to be unlike any that have come before.
TAGS:
Psychology and Human Services, Staff

Lockdowns, isolation and COVID-safe bubbles are just a few of the measures athletes have adhered to in preparation for the 2022 Winter Olympics.

And with this new format comes a new set of mental obstacles, according to University of Southern Queensland sports psychologist Professor Peter Terry.

“The extent to which things are controlled is above anything we’ve seen previously,” Professor Terry said.

“There is a COVID-free bubble the athletes must enter, which prevents access to those who are not vaccinated or anyone with symptoms – some people will be in this for months.

“And once you’re in, you’re tested daily – if you do test positive, it’s likely your Games will be over.

“So the athletes are probably feeling an enormous amount of anxiety that they could get tripped at any moment.”

Professor Terry was the sport psychologist for the British bobsled team and travelled with them to three Winter Olympics.

“As sports psychologists, we’ve collected statistics on why athletes come to us while at the Games,” Professor Terry said.

“Around 50 per cent of the concerns are nothing to do with competition –relationship issues, things happening back at home, sometimes financial concerns.

“We believe that this year there will be slightly different focus for athletes’ worries.

“There will be limited social interactions and no spectators – which means the experience will be vastly different from other competitions.

“From our research, we know there is a COVID mood, which is typified by higher than normal tension, depression, anger, confusion and fatigue.

“They will likely bring this into the Games, but they are not victims of circumstance and can manage their own moods.

“Closer to the events, some of the anxiety will likely be replaced with a feeling of relief that they have overcome all the barriers and it’s time for the big show.”

With competition nerves usually a hallmark of competing at a world level, most athletes have a plan in place to deal with it.

“People going to their first Olympics, and that is a majority of them, often get overawed by the environment,” Professor Terry said.

“And that’s where the people around them come into play, the more experienced team mates, coaches, support staff and psychologists.

“The athletes like to feel in control of the situation and with COVID, one of the common anxieties is they feel much of the world is out of control.

“Once they enter this new competition environment it’s important for them to engage in self-talk, to mentally rehearse what they have to perform and to be surrounded by people with positive energy.

“If they can control the moment, it may just help them to fulfil their destiny.”

Professor Terry is a world leader in sport psychology and has provided support to hundreds of international and professional performers over the course of nine Olympic Games. He developed the In The Mood psychology assessment website with Dr Julian Lim and Dr Renée Parsons-Smith, and has investigated the relationships between mood and performance in a range of contexts. Click here to find out more. 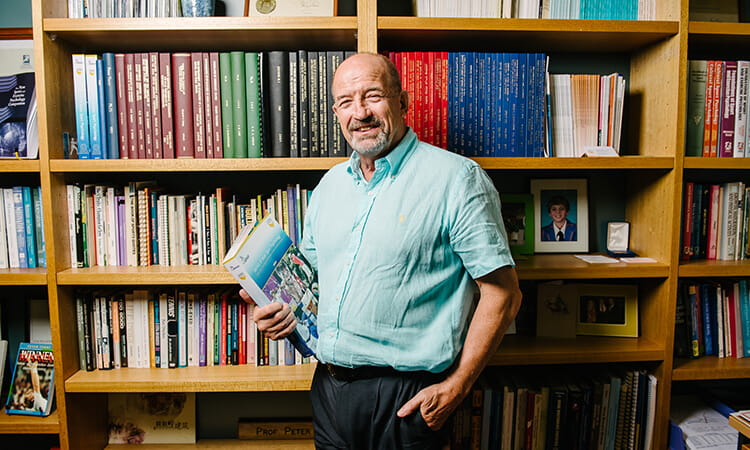 Professor Terry was the sport psychologist for the British bobsled team and travelled with them to three Winter Olympics.