Catch me if you can: The race to locate the smallest planets

Less than a generation ago, scientists pondered if there were planets orbiting far away stars.

We now know there are likely more planets than stars in our Galaxy, most the size of Neptune or smaller.

From these discoveries come more questions; how did the planets form and evolve, and how do they differ from our own?

Dr Huang is a new addition to the University’s team, having made the move from the Massachusetts Institute of Technology late last month.

Together they plan to add specialised photometric cameras to the MINERVA-Australis telescope array, which will allow them to observe small, distant planets with greater accuracy.

“We were thrilled to learn about the grant as the process is extremely competitive,” Professor Wittenmyer said.

“It was a lovely Christmas present and a really nice bit of news to bring the year to a close,” Professor Horner added.

“This will allow us to expand the work we do with MINERVA-Australis, adding a great deal of flexibility to the work we can achieve.”

The cameras will be used to learn more about new planets discovered by NASA’s Transiting Exoplanet Survey Satellite (TESS).

This will be done by measuring the planets’ transits around their host stars.

“When a planet passes between us and its host star, it will block out a tiny bit of that star’s light – this is what we call a transit,” Professor Horner said.

“The bigger the planet, the larger the fraction of star it will obscure, so the more light it will block.

“So if we can measure the degree to which the star dims during a transit, we can work out how big the planet is, compared to the star.

“Currently, there are no other facilities in Australia capable of detecting these minute transits.”

Professor Wittenmyer said it was important to have ‘ground data’ to support the observations from the TESS mission.

“Our ground-based instruments have smaller pixels than TESS, which will help work out which star is actually producing the transit signals the satellite is measuring,” Professor Wittenmyer said.

“TESS will also observe a given star for a month or two before moving on, so these findings need to be corroborated to make sure we don’t have false identifications of planets.

“The planets we are looking to study have not yet been discovered, but we expect to identify suitable candidates each month at the TESS data releases.”

Further information about the ARC’s Discovery Projects scheme is available on the ARC website. 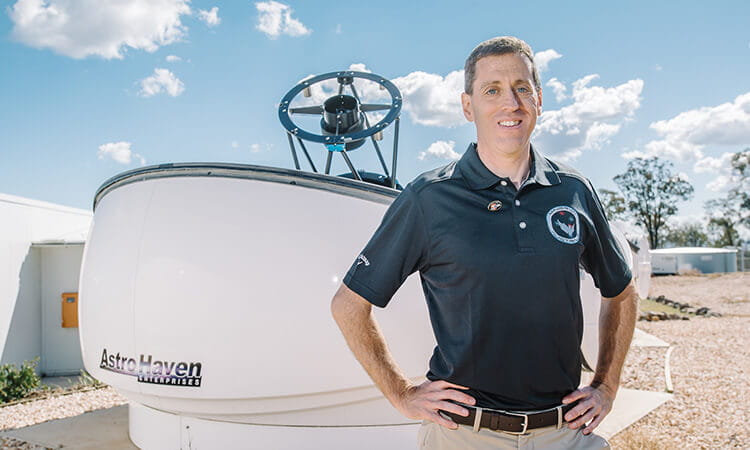 Professor Wittenmyer said it was important to have ‘ground data’ to support the observations from the TESS mission.