Lava is one of the hottest substances found on the Earth’s surface and also a source of inspiration for the design of a potentially life-saving fire retardant coating.

A research team, led by University of Southern Queensland chemical engineer and Australian Research Council Future Fellow, Professor Pingan Song, has developed a non-toxic, fire extinguishing coating that could save buildings from being engulfed in flames.

Professor Song said lava sparked his idea of a hybrid coating that would melt and then gradually form a flowing but non-combustible ceramic layer when exposed to extreme heat.

“Melton lava is like a viscous flowing liquid but non-flammable,” Professor Song said.

“Once cooled, it solidifies to become a ceramic layer that does not support fire.

“Inspired by this interesting phenomenon, we designed a fire retardant coating that can create a non-combustible ceramic layer which can offer fire protections for the underlying substrates, just like a fire shield.”

Professor Song said spraying the coating on building materials, such as thermal insulation foam, timber and steel structures, during construction could prevent disasters like the 2017 Grenfell Tower blaze in London, where 72 people died.

“Polymer foams were identified as the main cause of recent catastrophic disasters, particularly the Grenfell Tower fire,” he said.

Fire retardants have been used in building materials for decades, but most are not effective enough, costly and sometimes difficult to mass produce.

Professor Song said their version offered better protection and could be used in other application settings, such as wooden furniture, mining, tunnels and transportations.

“Our fire retardant coating produces a very robust and thermally stable ceramic layer, compared to existing coatings, which usually produce a protective layer that is fragile and degrades at high temperatures,” he said.

Professor Song said the fire-retardant coating still had to undergo further testing and refinement before it could be commercialised and put to widespread use, which he hoped would be within the next three years.

The research, which was financially supported by an Australian Research Council Future Fellowship, was published in the journal Matter. 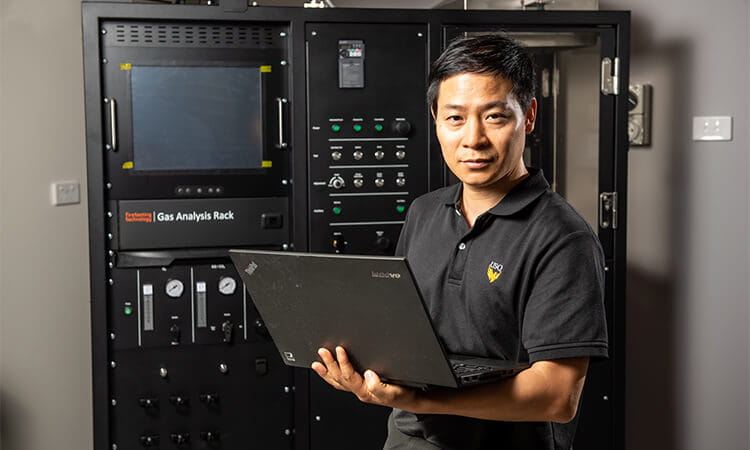