Houston? We have an update.
TAGS:
Astrophysics, Mount Kent

The scientists that will help lead the world’s first independent space science mission are locked in and hard at work ahead of a planned launch into low-earth orbit in 2024.

University of Southern Queensland astrophysicists Dr Duncan Wright and Nataliea Lowson have been named as founding members of the Twinkle Space Mission alongside other experts from institutions across the globe.

Once launched, the Twinkle satellite will deliver data on thousands of targets, enabling scientists to undertake transformative research on exoplanet atmospheres, solar system objects, stars, and stellar discs as they aim to answer some of humanity’s greatest questions.

The University of Southern Queensland officially joined the mission in 2020 and is working with other Twinkle members to design a powerful scientific program ahead of the satellite launch.

“We are delighted to see that Twinkle’s collaborative model is attracting scientists of all career stages from around the world.”

“That’s a unique opportunity. As founding members for the mission, we are able to help direct Twinkle’s science focus, working together to make the mission a success,” he said.

“The data will be used for teaching our undergraduates, training our next generation of astronomers, and, of course, to study the atmospheres of exoplanets.”

Researcher Nataliea Lowson said Twinkle had provided her with the opportunity to not only gain experience in planning an international exoplanet space satellite mission, but to also be a voice at the science decision-making table.

“Twinkle enables me to be directly involved in a mission that will have great impact in my field of expertise (exoplanet atmospheres),” she said.

“The University of Southern Queensland has a strong interest in expanding our knowledge in space instrumentation and innovation.

“As a founding member, Twinkle enables the University of Southern Queensland to be involved in a world class space mission, therefore, providing our institution with access to cutting edge instrumentation and innovation.

“Such an experience will not only help shape the future of the University of Southern Queensland's involvement in space exploration, but Australia as a whole.”

Twinkle will provide structured science surveys which will operate at a large scale, providing more than 70,000 hours of observational data during its lifetime.

It is the first in a series of scientific satellites from Blue Skies Space. 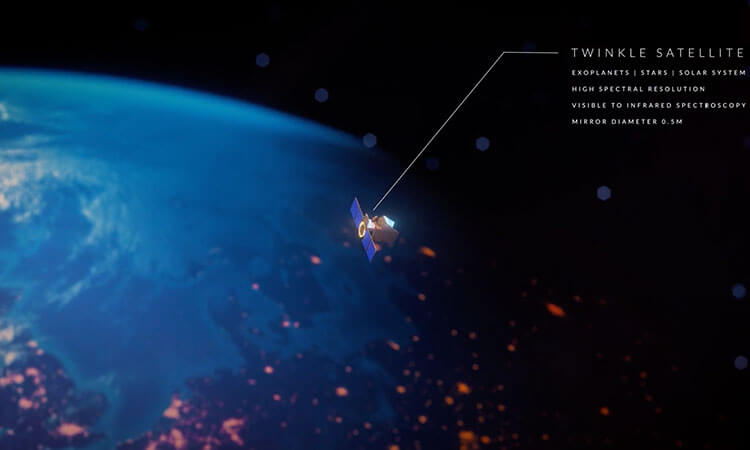