New technology to make finding sun-safe parks easier than ever

UniSQ researchers are developing new technology that will make it easier for families to make sun-safe decisions when heading to the park.
TAGS:
Research, Sciences

Finding a playground with ample shade and sun protection is not always a walk in the park.

But soon it could be as simple as picking up your phone, thanks to new technology being developed by researchers at the University of Southern Queensland.

“At the moment all we have is subjective shade assessments or audits for parks which aren’t based on physical modelling,” he said.

“Our technology takes away the guesswork by telling how much shade and UV exposure there will be at a certain time at a park, including fixed structures within the park like a barbecue site or playground.

“If we do enough maps, we would be able to find out what are the top five sun-safe parks in each region.

“It could also be used to inform the design of future park and playground developments, or to improve current outdoor areas.”

Associate Professor Downs said many families were being exposed to greater skin cancer risks because of a lack of covered play and seating areas.

“Australia has one of the highest levels of UV exposure and melanoma rates in the world, and Queensland is the worst by far,” he said.

“Designing parks and playgrounds that provide better protection from the sun is one thing that could help address the issue.

“Almost every playground has bark or a soft cover surface, but only one-third of them have a shade cloth over the top.”

The team will produce a customised solar UV index shade profile, taking into account the season and daily sun angle for each park by integrating a playground shade protection index and a machine learning model that uses satellite imagery to map the position of trees, shade cloths, buildings and roof structures.

“Rather than employ a team of 100 people on the ground to go out with rulers and take measurements, which is what we used to do 30 years ago, we can do a whole map of Brisbane, for instance, very quickly and accurately.”

Associate Professor Downs said the team’s work would initially focus on parks within the University’s local communities, including Brisbane, Ipswich, Springfield and Toowoomba.

However, with funding and local government support, he said they could provide shade profiles for all parks in every capital city across the country.

“UniSQ has been collecting UV radiation data for the past 25 years and is the only atmospherics research group in Queensland which has an accurate spectral UV irradiance and cloud cover data record,” he said.

“However, we wanted to do something that would improve people’s lives and benefit the wider community.

“We hope it ultimately changes people’s behaviour to reduce the risk of skin cancers and eye diseases like cataracts.” 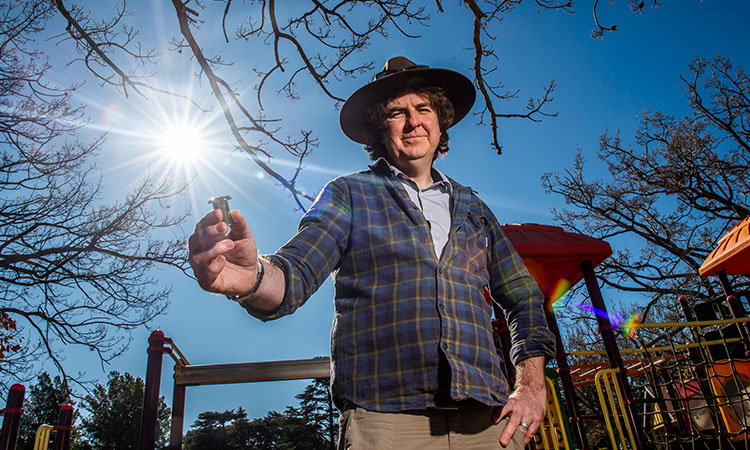