At long last, Australia has a bioenergy roadmap – and its findings are startling

The article has been republished from The Conversation under the creative commons licence. Read the original article.

Bioenergy is a versatile form of renewable energy which produces heat, electricity, transport fuels, chemicals, and by-products like organic fertiliser. It’s a promising way to bring Australia’s emissions down, while re-purposing waste that would otherwise go to landfill.

The roadmap predicts that by the 2030s, the sector could boost Australia’s annual GDP by around A$10 billion, create 26,200 jobs, reduce emissions by about 9%, divert an extra 6% of waste from landfill, and enhance fuel security.

Still, bioenergy is complex and poorly understood. We were part of the roadmap review reference group, and believe it has a bright future, as the key to successful bioenergy projects is to match the right fuel source with the right technology.

Bioenergy state of play in Australia

Federal Energy Minister Angus Taylor commissioned the Australian Renewable Energy Agency to develop the roadmap and, on Friday, announced $33.5 million in funding to implement it. This is on top of more than $118 million already provided by the federal government to help fund bioenergy projects.

This funding has been a long time coming, as the sector has struggled to get the same attention from policymakers as other forms of renewable energy such as solar, wind and hydro.

But the sector has started gaining traction. In 2018, Australia had 222 operating bioenergy plants and an additional 55 projects under construction or at the feasibility stage.

One example is a new project in Logan City Council in Queensland. Each year, Logan City produces 34,000 tonnes of biosolids (treated sewage sludge).

A technology called gasification is significantly reducing the need to dispose of these biosolids, and will save about $500,000 in operating costs. Research is also underway to see how the by-product of this treatment can be sold as a soil conditioner for agriculture.

So why is it good for the environment?

Using biomass as an energy source instead of fossil fuels can reduce carbon emissions and improve air quality. Bioenergy can be emissions-neutral, especially when wastes are used as a fuel source. This is because:

Bioenergy can also have negative impacts if not developed properly. As we’ve seen in international projects, the biggest concern is inappropriate changes to land use to supply biomass. This could, for example, lead to greater deforestation in order to supply wood.

However, bioenergy technologies are neither good nor bad per se. Avoiding unintended risks depends on appropriate governance. A good example is the International Sustainability and Carbon Certification Scheme, which aims to ensure bioenergy companies are transparent and uphold ethical values.

Critics have recently voiced their concern about the federal government’s claim that bioenergy with carbon capture and storage, also known as BECCS, will cut emissions by 15% by 2050.

The International Energy Agency has identified BECCS as a technology with the potential to be truly carbon negative, which means it can remove carbon dioxide from the atmosphere while producing energy for consumption.

But the Bioenergy Roadmap did not focus on BECCS. Instead, it gave an expansive overview of all bioenergy technologies in the short to medium term, outlining where bioenergy can complement other low emissions technologies, and create opportunities for industry and governments to drive commercial growth.

A snapshot of the roadmap

The roadmap was developed following extensive consultation with industry, researchers and the public. It identified major opportunities for Australia in four key areas.

First, in hard-to-abate sectors. This includes generating renewable heat for the manufacturing industry, fuel for sustainable aviation, and renewable gas (biomethane) to displace fossil natural gas in the grid. For example, sustainable aviation biofuels are the only low-emissions alternatives to traditional, high-emitting jet fuel, that are available in the short to medium term.

Second, to complement other markets. In road transport, for example, biofuels can offer other low-emissions alternatives such as hydrogen and electric vehicles, and, in particular, can replace diesel in long-haul transport. In the grid, bioelectricity generation can support greater penetration of renewable energy such as solar and wind.

Third, in developing our understanding of our vast bioenergy resources across agriculture, forestry, and organic waste. We need further research and innovation to turn Australia’s theoretical bioenergy resource potential – which is massive in every state – into a reality.

And finally, increasing collaboration between industry, state and federal governments. For example, developing industry guidelines and standards can help produce reliable results. This in turn helps commercialise mature technologies that are new to Australia. 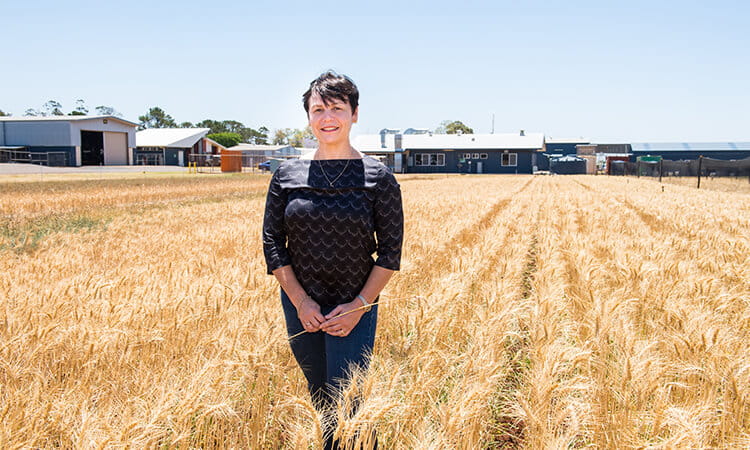