The net-zero bandwagon is gathering steam, and resistant MPs are about to be run over

The article has been republished from The Conversation under a creative commons license. Read the original article.

Prime Minister Scott Morrison appears to be moving towards securing Coalition agreement for a net-zero emissions by 2050. It comes weeks out from the crucial COP26 climate talks in Glasgow, where Australia’s record on global climate action will be heavily scrutinised.

Horse-trading between the Liberals and Nationals is under way, and the government is reportedly set to reveal its climate targets and technology roadmap early next week.

But first, Morrison must secure majority support from the National Party. A few vocal Nationals figures, including Matt Canavan, Keith Pitt and George Christensen, have sought to block or moderate a net-zero commitment.

Some of their concerns are valid – regional Australia will shoulder a big burden in the transition to a low-emissions economy. But the tides of international and domestic affairs are turning. Most government MPs have accepted the inevitable, and the issue will not break the bonds of an enduring Coalition.

Net-zero and the Nationals

The Nationals do have legitimate economic and political reasons for being concerned about a net-zero target.

First, a move away from coal and gas would lead to job losses in regional areas. And the federal government’s policy playbook to support rural and remote areas is extremely thin, relying heavily on spillover economic benefits from agricultural development and mining.

This means the Nationals, as the self-proclaimed regional party, have few economic levers to pull. Retaining mining investment is both politically and, at regional and local scales, economically important.

Second, policy mechanisms such as a price on carbon or caps on greenhouse gas emissions could add to costs for people living in regions, and to agricultural industries such as beef production, where reducing emissions will not be straightforward or cheap.

Third, the Nationals’ opposition is somewhat in line with the party’s ideology and electoral positioning. It has historically pitched itself as a defender of national economic interests and “traditional” industries such as farming and mining.

At the same time, the party has long opposed, on economic and social grounds, post-materialist influences such as deep Green environmentalism.

Finally, the Nationals, along with the Liberals, have successfully used climate change policies to wedge the Labor Party and paint it as part of a supposed Labor-Green axis. This tactic worked well in central Queensland in the last federal election.

So for some Nats, conceding to net-zero might be seen as an ideological capitulation and yet more evidence of their ineffective efforts to stand up for the bush.

The problem for the Nationals resistance movement, however, is that it’s becoming increasingly isolated.

Both the Biden administration in Washington and the United Kingdom government are pressuring Australia to commit to the 2050 net-zero target.

And several jurisdictions, such as the European Union, are considering or planning carbon tariffs on imports from nations without strong climate policies.

In the context of recent shifts in the international policy landscape, railing against such tariffs looks anachronistic.

As National Farmers’ Federation (NFF) chief executive Tony Mahar said earlier this year, “as an industry dependent on exporting, Australian agriculture must be ready to adjust to a more carbon-conscious trading future”.

Domestically, state governments, including those with Coalition incumbents, have shifted to net-zero-type targets. So too have important lobby groups, such as the NFF and the Business Council of Australia.

Meanwhile, moderates in the federal Liberal Party are gearing up to argue for a net-zero plan and against large compensation for particular industries.

All this leaves the Nationals’ resistance movement rather short of influential allies.

Opponents could, of course, roll out the implied threat of breaking the Coalition. But moderate Nationals have hosed down suggestions a net-zero target is a make-or-break issue for the Coalition partners. And historically, Coalition breaks – especially in government – are extremely rare.

Nonetheless, even Nationals in favour of a net-zero target want assurances for the regions and agricultural industries.

An obvious and relatively easy policy response is to ensure new renewable energy projects in the regions deliver local economic benefits, such as through favourable purchasing and employment strategies or even dividend sharing.

Second is to ensure these and other projects continue to drive down electricity costs. This is especially important for energy-intensive agricultural production such as irrigated crop and pasture production. Where possible, regional landholders could receive income from local energy ventures as hosts of, or even partners in, projects.

Third, funding for land-based carbon storage could be expanded.

Australian landholders have made a huge contribution to national emissions offsets over decades, largely through vegetation management which draws carbon from the atmosphere and stores it in plants and soil. Such management has largely been the result of state government regulation preventing land clearing and farmers have historically received little direct benefit in return.

The federal government is now contributing funding for landholders who create land-based carbon sinks under the Emissions Reduction Fund. But the resulting projects have caused local concerns and the carbon storage outcomes are uncertain.

So expanding such schemes will not be easy. It must be done in a way that meets integrity standards, and without alienating local people.

The Morrison government is understandably averse to direct carbon pricing, given the toxic climate politics of the last decade. It’s instead focused on low-emissions technological solutions.

This might lead to new low-emissons technologies for the regions, such as conversion to renewable energy and innovative transport systems. But there’s no timeline yet for when such technology will materialise.

The Nationals are right to demand detail in the climate policy deal. But the net-zero bandwagon cannot be stopped – at best, the Nationals must settle for perhaps quite modest compensation for their constituents. 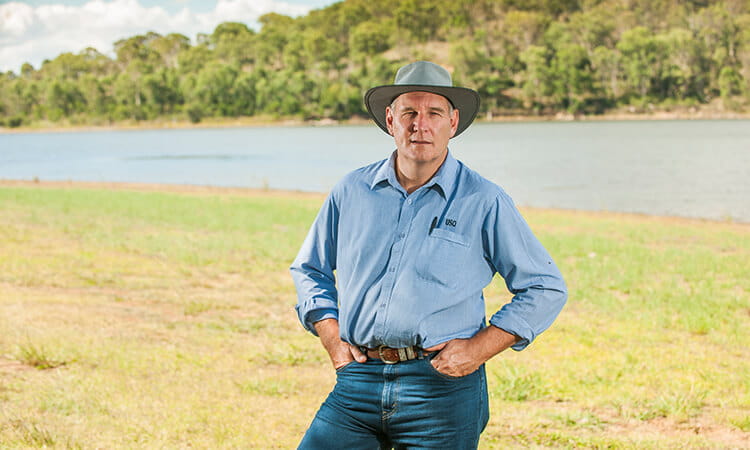 Professor Geoff Cockfield says the net-zero bandwagon is gathering steam, and resistant MPs are about to be run over.