Australian teenagers who live in low-income households are more likely to experience poor mental health, new research from the University of Southern Queensland has found.

It found adolescents from families with lower incomes have a higher risk of suffering from mental health problems, including bullying victimisation, mental disorder, suicidal ideation and suicidal attempt, compared to those from richer families.

Lead author Dr MD Islam, who undertook the study as part of his PhD, said the findings were important given there is little research on the impact of inequalities on young people’s mental health.

“Our research shows there is clear evidence that household income and geographical location both influence the mental health of adolescents,” Dr Islam said.

“In every measure of mental health, we found adolescents with low socioeconomic conditions fared worse than those from economically better-off families and advantaged areas.

“Further research on the changes in mental health inequality and sociodemographic factors affecting inequalities over time will help us better understand the underlying causes and current distribution of mental health problems among adolescents in Australia.

“However, our belief is basic demographic factors such as age, gender, parental education, parental occupation and type of family are attributable to the inequality.”

The researchers divided the survey participants into five groups based on their equivalised household income, a technique that factors in the economic resources available to each member of a household.

Of the four types of mental health problems examined, bullying victimisation was the most common among adolescents surveyed.

More than a third of participants from the poorest household income groups said they had been targeted by bullying, compared to 28 per cent from the richest group.

Higher rates of mental disorder, self-harm and suicidality were also associated with adolescents from the poorest group.

The researchers also examined whether location was a factor.

Using the Australian Bureau of Statistics’ Index of Relative Socioeconomic Advantage and Disadvantage (IRSAD) – a measure of an area’s socioeconomic status – the sample was sorted into five groups based on their IRSAD score, from most disadvantaged (0-20 per cent) to most advantaged (80-100 per cent).

For example, one in four adolescents from disadvantaged areas reported a mental disorder compared to one in five from affluent neighbourhoods

“Prevention strategies and government policies that aim to reduce unequal access to mental health services would likely close the socioeconomic gap in young Australians’ mental health and wellbeing,” he said.

The research was co-authored by Associate Professor Rasheda Khanam, Dr Enamul Kabir and Dr Gail Ormsby at the University of Southern Queensland.

The research, titled ‘Estimating income-related and area-based inequalities in mental health among nationally representative adolescents in Australia: the concentration index approach’ can be viewed online here. 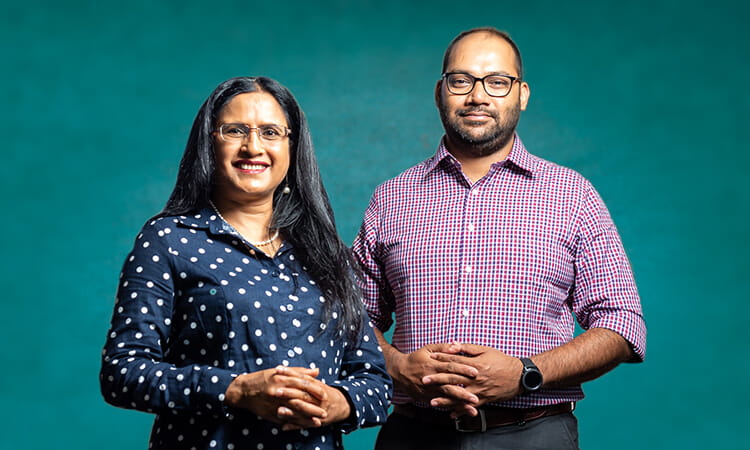