How martial arts could help take a load off your back

It’s known for teaching people how to break boards with their bare hands, but could martial arts be the key to lugging heavy objects without breaking your back?
TAGS:
Research, Springfield

“Around 30 to 40 per cent of workplace injuries in Australia are muscular stress-related, with upper and lower back cases accounting for almost half of these,” Mrs Walters said.

“This is a major concern for soldiers, firefighters and other emergency service workers who are often required to carry heavy equipment and supplies during training and operations.”

The study will focus on the effectiveness of controlled breathing techniques used in traditional martial arts.

Mrs Walters said the idea for the research project came from her recent study, which examined pressure levels within the body which martial arts practitioners were able to use to increase the amount of force that they could resist or produce.

“The results indicate that trained martial arts practitioners had greater isometric strength than untrained adults and could increase their abdominal pressure to assist in force production and body stability,” she said.

If proven effective, such a program could provide a simple, cost-effective approach to overcoming problems caused by carrying heavy loads in physically demanding occupations. 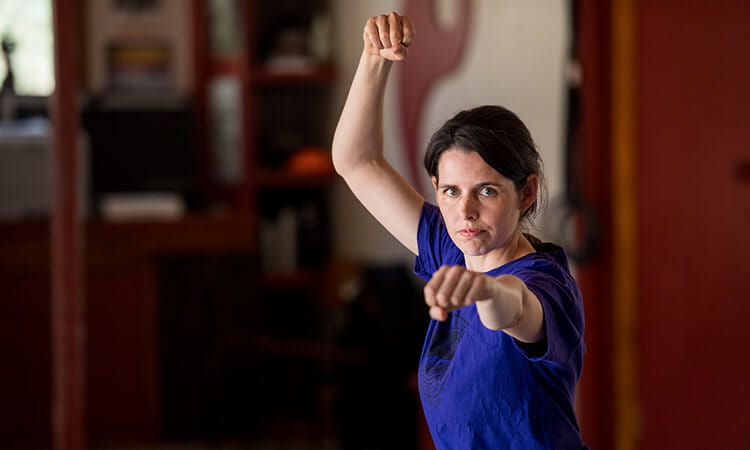