Growing up in a household of sisters, Amie Mish-Wills said she always enjoyed the art of debate.

And it was this ability which served her well when, in 2011, she decided to embark on a Bachelor of Laws degree at the University of Southern Queensland.

Now, a decade on, Ms Mish-Wills is a Principal Legal Advisor in workplace relations at Enterprise Legal, who has just had her work recognised in the Lawyers Weekly 30 under 30 Awards.

The national award “identifies the finest young lawyers across Australia,” and helps to provide a foundation for career progression.

“I don’t really back myself often. I would say I’m almost shy about that stuff,” Ms Mish-Wills said of her award.

“It was a lovely surprise and it was great to have my work recognised.”

“I found it really fascinating, so I guess you could say I had always been drawn to it,” she said.

“At the end of Year 12, some of my friends were applying to the University of Southern Queensland – it was a lovely campus in a great city, so I decided to too.

“My first lecture at the University was Introduction to Law with Dr Caroline Hart, and she set an incredible impression for what the journey was going to be like.

“I really enjoyed my studying – I liked the contemporary assessments, the lectures and the support facilities.”

After completing her degree, Ms Mish-Wills started a job at Clifford Gouldson Lawyers before moving into a senior Workplace Relations role at Queensland Health.

Then, after working in Roma with the South West Hospital and Health Service as the Director of Organisational Development leading their human resources, workplace health and safety, recruitment and learning and development teams, Ms Mish-Wills returned to Toowoomba to take up her current position with Enterprise Legal.

“I knew I wanted to go into workplace law straight away –it’s such a broad area of law that applies to everyone,” she said.

“During my time with the health services I was able to help coordinate their workforce response to the pandemic – which included health and safety and vaccinations.

“That’s the great thing about my job – it’s so diverse. One day I might be doing enterprise bargaining and the next I’m helping HR managers with employees.”

When asked about advice, Ms Mish-Wills said networking was key.

“I would definitely recommend making new connections early, such as reaching out to local law associations,” she said.

“It’s important to have those conversations, you can learn something from everyone.

“If you’re thinking of law – definitely do it and keep an open mind, as you never know where it might take you.”

Interested in pursuing law? For more information visit the School of Law and Justice. 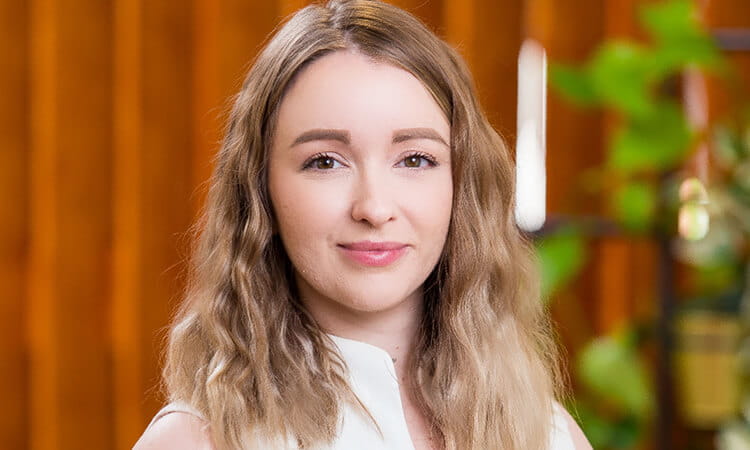 University of Southern Queensland alumnus Amie Mish-Wills has won at the Lawyers Weekly 30 Under 30 Awards.