Graduations wrap up today after seven ceremonies
TAGS:
Graduations
An artist, hydrologist and TV presenter have received the University of Southern Queensland’s most prestigious recognition during graduations this week.

David Hinchliffe, David Waters and Jennifer Woodward were celebrated alongside hundreds of university students during graduation ceremonies on August 25 – 27.

In addition to those who completed their studies last semester, the events welcomed COVID impacted graduates from Semester 2, 2019 to Semester 2, 2020 who were unable to attend their ceremonies.

“Each have now joined an illustrious group of honorary graduates comprising education leaders, theologians, politicians, and artists, from across the nation and abroad,” she said.

A prominent artist and former student of the University, Mr Hinchliffe has had over 100 solo exhibitions including paintings, sculptures and photographs in locations around the world.

Professor Mackenzie said Mr Hinchliffe was a passionate advocate of promoting and conserving the works of Australian Indigenous artists, and had one of the largest private collections in the world.

“He has loaned the University 150 paintings from his collection, and these artworks are on display at all the University’s campuses, as well as the Queensland College of Wine Tourism.”

David Waters leads the Paddock to Reef Modelling Program, a joint Australian and Queensland Government Initiative involving key agencies such as the Department of Natural Resources, Mines and Energy and the Department of Environment and Science.

“UniSQ alumnus Mr Waters has played a significant role in establishing Toowoomba as a hub for catchment modelling, including for prioritising and evaluating investment in the Great Barrier Reef and Queensland Murray-Darling Basin catchments,” Professor Mackenzie said.

Well-known and beloved media personality Jenny Woodward has had a long career in the media since graduating from the then Darling Downs Institute of Advanced Education in 1978.

“Ms Woodward has selflessly contributed to the community in a number of capacities, including as an Australia Day Ambassador.” 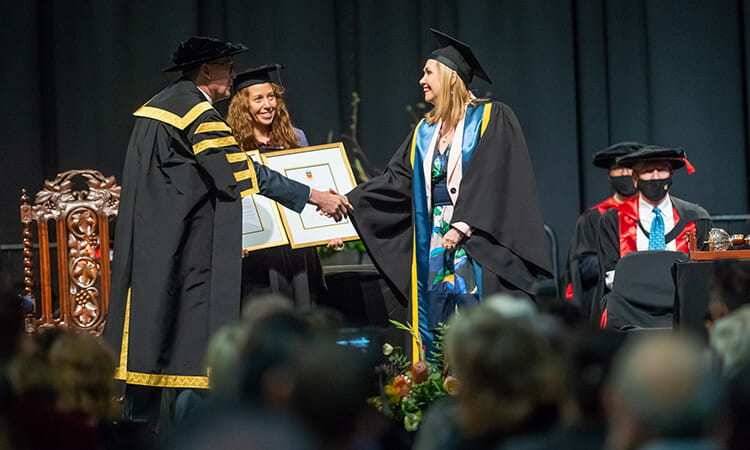 An artist, hydrologist and TV presenter have received the University of Southern Queensland’s most prestigious recognition during graduations this week. 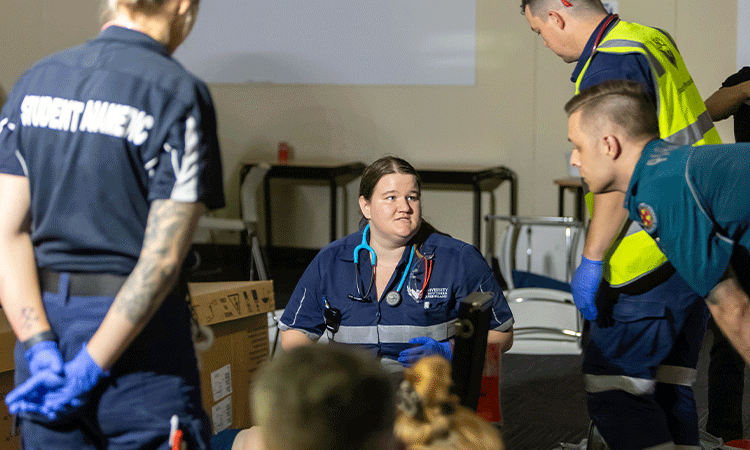 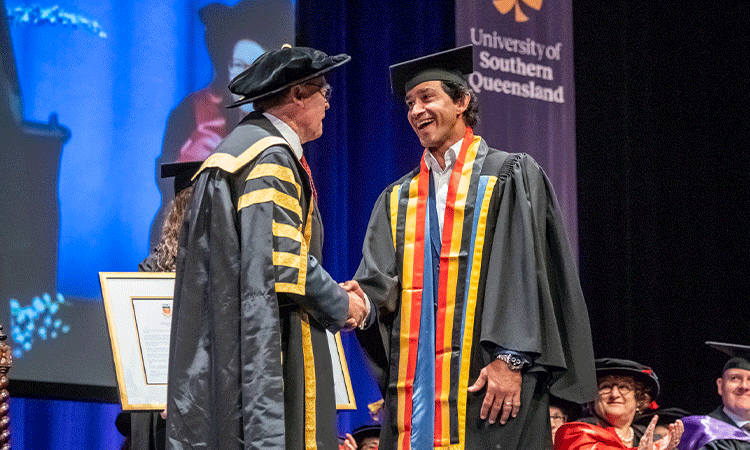