It’s a new way of surviving when verities are worth little and the plagues are suddenly new.

The Bruce Dawe Poetry Prize 2021 has been awarded to a reflection of life amid pandemic lockdown, delving into how technology has both helped and hindered human connection.

The piece was selected from more than a thousand entries submitted by poets across the country.

“The poem’s title literally refers to the computer screen through which so many of us have been engaging in meetings via Zoom or related technologies,” Professor Hetherington said.

“It is also a metaphor for the way we have increasingly been relating to each other from behind actual and technological barriers.

“The poem reflects on the kind of fragmentations and discontinuities that have occurred, not least the way in which our connections to others have so often been turned into weirdly discordant or out-of-focus encounters.

“I suppose my poem is partly a plea for all of us to remember the value of truly humane and compassionate relationships that reach widely and generously, along with the importance of the imagination and imaginative travel.”

Paul Hetherington is a University of Canberra writing professor and distinguished author of 15 poetry collections, a verse novel, and eleven chapbooks.

He said he was delighted to be awarded such a significant prize that had previously been won by various fine Australian poets.

“I’m especially pleased to have my name associated with someone as eminent as Bruce Dawe, whose poetry I’ve been reading for many decades,” he said.

“Dawe provides an excellent example of how poets may speak for what they believe in—as well as for their emotions and personal insights—which is increasingly important during a period when we need as much complex and nuanced expression as possible.”

Acting Chair of this year’s prize and University of Southern Queensland writing lecturer Dr Kate Cantrell said the contest attracted many ‘pandemic poems’: musings on loneliness and loss, our warped sense of time or temporal orientation, and the traps of social isolation.

“Certainly, this year’s winners touch on the pulse of the times,” Dr Cantrell said.

“Screen takes its cues from its layout: the poem itself is shaped as a cracked screen, a comment on the snags and glitches of our new virtual reality, and in the words of the poem, an intimation of ‘how we disappear so quickly into this weird notion of ourselves’.” 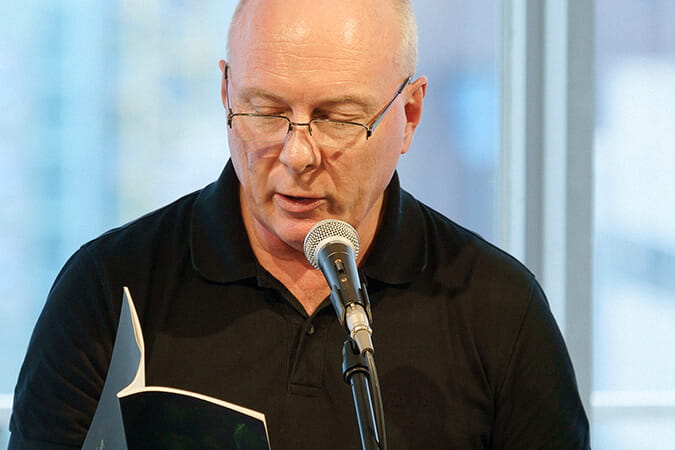