Two distant stars and their ‘teenage’ planets may help unlock a mystery of the universe – how planetary systems, including our own, evolved.

NASA has announced the discovery of four new planets, confirmed by an international team of astrophysicists including the University of Southern Queensland’s Dr George Zhou.

Stars TOI 2076 and TOI 1807 reside over 130 light-years away with 30 light-years between them. Both are dwarf stars more orange than our Sun and around 200 million years old (less than 5 percent of the Sun’s age).

Surrounding TOI 2076 is a system of three planets between the diameters of Earth and Neptune. Innermost planet TOI 2076 b is about three times Earth’s size and circles its star every 10 days, while outer worlds TOI 2076 c and d are both a little over four times larger than Earth with orbits exceeding 17 days.

TOI 1807 hosts only one known planet, TOI 1807 b, which is about twice Earth’s size and orbits the star in just 13 hours. Exoplanets with such short orbits are rare and TOI 1807 b is the youngest example yet discovered of one of these so-called ultra-short period planets.

The astronomy team believed the stars were too far apart to be orbiting each other, but their shared motion suggested they were related, born from the same cloud of gas.

“The stars produce perhaps 10 times more UV light than they will when they reach the Sun’s age,” Dr Zhou said.

“Since the Sun may have been equally as active at one time, these two systems could provide us with a window into the early conditions of the solar system.”

Christina Hedges, an astronomer at the Bay Area Environmental Research Institute in Moffett Field and NASA’s Ames Research Center in California, said the planets in both systems were in a transitional, or teenage, phase of their life cycle.

“They’re not newborns, but they’re also not settled down. Learning more about planets in this teen stage will ultimately help us understand older planets in other systems.”

The Transiting Exoplanet Survey Satellite (TESS) monitors large swaths of the sky for nearly a month at a time. This long gaze allows the satellite to find exoplanets by measuring small dips in stellar brightness caused when a planet crosses in front of, or transits, its star.

A paper describing the findings, led by Hedges and co-authored by Dr Zhou, has been published in The Astronomical Journal. 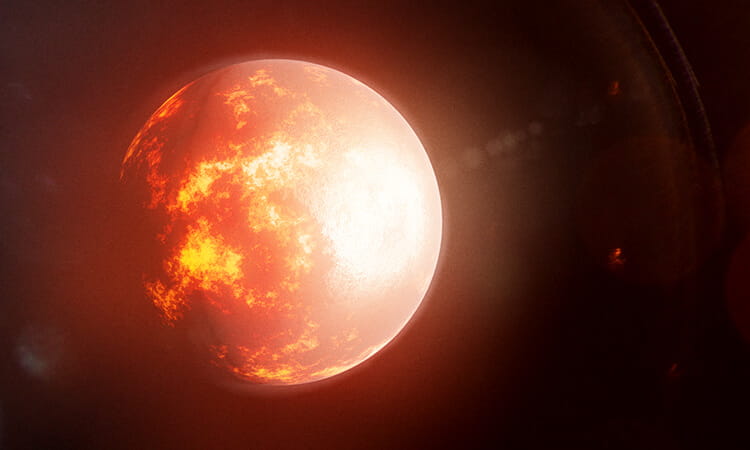