How one UniSQ grad competed at the Sydney and Athens Olympic Games and graduated from their course at the same time.
TAGS:
Alumni, Information Technology

As the countdown to the Tokyo Olympics gets underway in earnest, one University of Southern Queensland graduate is remembering days competing in the green and gold – and completing his first degree.

Nathan Thomas represented Australia in water polo at the Sydney 2000 and Athens 2004 Olympic Games and played for his country more than 300 times – but it’s his achievement as the first person in his family to attend university he holds up as one of his greatest feats.

“My origins run deep in country New South Wales and the Tamworth area, and we’re a family of hard workers but up until I had the opportunity presented to me to consider tertiary education, it wasn’t something that was on my radar,” Nathan said.

“I went straight from high school to the Australian Institute of Sport (AIS) in Canberra, and I was focused completely on becoming the best water polo player I could be.

“While I didn’t appreciate it at the time, I’m forever indebted to the AIS program who encouraged us to study and work towards setting ourselves up for the day we found ourselves dry and out of the water polo pool.”

A passion for Information Technology – that remains today – saw Nathan enrol at a Canberra university but when he was invited to play professional water polo in Europe in 1998 ahead of prepping for the 2000 Olympics, he went in search for alternative ways to study.

“I loved the course work, but traditional, in-person university was difficult to maintain as an athlete, especially as one who was about to move overseas in the nineties,” he said.

“I went looking for a course that matched me and my other priorities and the University of Southern Queensland had a great reputation for remote learning which made study quite effortless in the end.

“I had all the flexibility in the world, which is exactly what I needed because I was literally all over the world.

“I was doing exams in embassy buildings and submitting assignments at all hours of the day and night throughout Europe. I even had to find the equivalent of a Justice of the Peace one time to adjudicate an exam for me when I was living in Spain but that ability to essentially ‘have it all’ meant I could study, compete and achieve my goals – sporting and career-wise.”

Off the back of the dual focus commitment throughout the late nineties and early 2000s, Nathan said he was able to transition relatively seamlessly from being a professional athlete to professional career person after he retired following captaining the Australian water polo team at the Athens 2004 Olympics.

“My IT degree from UniSQ meant I was employable immediately and since 2004 I’ve held senior management roles at Hewlett Packard, a financial services start-up and supported not-for-profit organisations,” he said.

“Today I’m the Chief Operating Officer at the software company Tambla, which allows me to do what I love every day – general management focussed on service delivery and project governance, offering our customers businesses solutions – which are all things I learnt about at UniSQ.

“A lot of people love to talk about the glory days in the pool, and while I’m incredibly proud of that, I’ve spent a long time working on my professional career and I’m proud of my achievements in that arena too.

“No matter what you do in life, be passionate about it, engaged and committed. There’s really no secret to success – if you put in the work, you can have success, and along the way, with a little bit of luck, anything is possible.”

Nathan’s commitment to a university education also pushed others in his family to consider their options – including his own Mum.

“Not long after I started studying, Mum decided to follow suit. She became a teacher and only recently retired, and it absolutely changed her life. The benefit of study and what it does for you simply cannot be measured.” 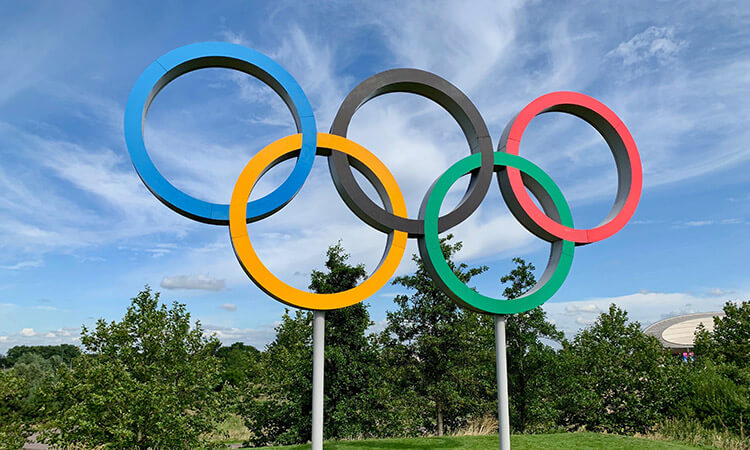 Nathan Thomas represented Australia in water polo at the Sydney 2000 and Athens 2004 Olympic Games, and also graduated from UniSQ the same year.