Scene change: From the film set to the classroom

From the stage to the radio booth - Syd Watson has always been a performer.

Now, his journey has led him to halls of the University of Southern Queensland, where he is studying Television and Radio.

“The first time I put a foot on a stage would have been about 1976,” Mr Watson said.

“I performed at my first ever musical called The Desert Song, that was a lot of fun and I got the bug.”

After working in theatre for decades, Mr Watson made the transition to film in 2016.

“I decided to visit an agency which led me to get roles in films and television series such as Hoges: The Paul Hogan Story, Harrow and Australia Day,” he said.

“Recently, I have worked as a background extra in the upcoming Hollywood blockbusters, Elvis and Escape from Spiderhead.”

Alongside acting, Mr Watson has also built a career in radio.

“Radio began for me in Melbourne in 1979 - my first job was at 3PBS FM where I hosted an Australian music show,” he said.

“I have worked in the industry for years being involved with several commercial, independent and community radio stations.”

Mr Watson chose to study at the University of Southern Queensland after a conversation with UniSQ Lecturer and friend Spencer Howson, who recommended the new Bachelor of Television and Radio Production.

“I had a look at what the degree was offering and I thought beauty,” Mr Watson said.

“It has allowed me to hone my skills in radio and gain a better understanding of the technical side of television.”

Mr Watson said returning to university as a mature aged student had been a great decision.

“Age isn’t a barrier to studying – sometimes life experience can be a great advantage,” he said.

“Life is about learning, it never stops.”

Find out more about studying Film, Television and Radio. 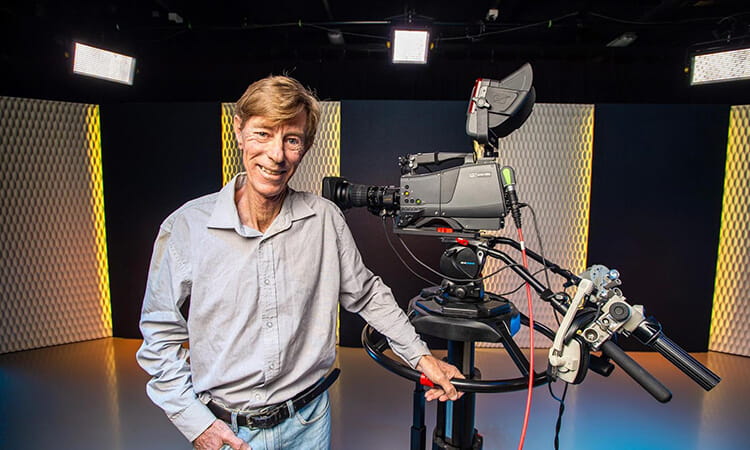