University of Southern Queensland has made a breakthrough in helping farmers manage crop disease.
TAGS:
Agriculture and Agribusiness, Agriculture and Environment
Investigating charcoal rot in Australian broadacre and horticultural crops may not sound too enticing, but for scientists from the University of Southern Queensland’s Centre for Crop Health it’s likened to opening the ultimate ‘Pandora’s Box’ of pathogens.

Up until recently, only one microscopic fungal species (Macrophomina) was thought to cause charcoal rot in Australia but in a new journal article, UniSQ researchers have revealed two new species have been discovered for the first time.

To help Australian farmers better manage the crop disease, the University of Southern Queensland collaborated with researchers from the University of Western Australia, Queensland Government Department of Agriculture and Fisheries, and New South Wales Department of Primary Industries to conduct the most comprehensive analysis ever undertaken in Australia of the fungal pathogens causing charcoal rot and dry root rot.

Senior Research Fellow at the Centre for Crop Health Dr Niloofar Vaghefi said researchers looked at a large collection of fungal strains from 28 different plant species and partially sequenced them all.

“The analysis resulted in the detection of two additional species – one which was previously identified overseas but had not been identified in Australia – and a new species found in mungbean and sorghum paddocks in Queensland and that has only been detected in Australia so far,” Dr Vaghefi said.

“This is a significant finding because these crop pathogens cause the most damage in hot, dry drought conditions, so as droughts get more frequent and temperatures increase, having a scientifically-based management strategy for this crop pest will be more important than ever.”

Dr Vaghefi said future research will now look at the different survival strategies and biology of the new species and investigate the implications of controlling different species of the fungus.

“There are not a lot of good management options for this disease available to Australian farmers at the moment because it infects so many crops and there’s a belief that not a lot can be done about it,” she said.

“Understanding the diversity of species causing disease on broadacre and horticultural crops is the first step towards better understanding the epidemiology of these crop pathogens in Australia, which will hopefully make it easier for local growers to better manage the disease in the future.”

The research was funded by the Queensland Department of Agriculture and Fisheries through the Broadacre Cropping Initiative with the University of Southern Queensland, and the Grains Research and Development Corporation (GRDC). 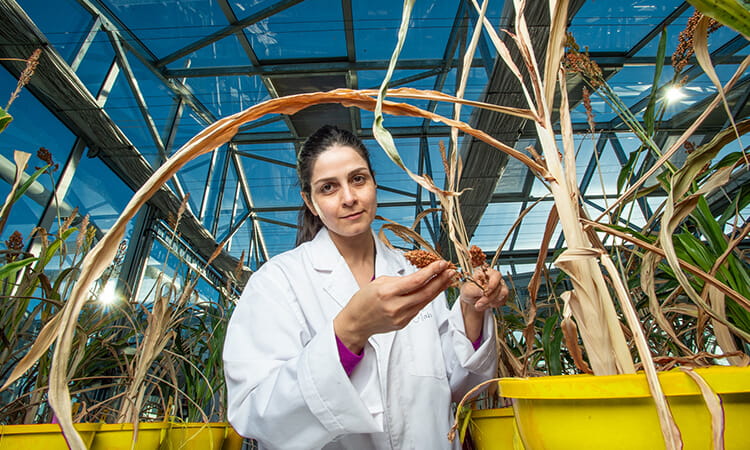