When it came to deciding on a degree, University of Southern Queensland graduate Emily Plant chose to go with what she was good at.
TAGS:
Alumni, Sciences

Five years later, and with a Science Honours degree under her belt, Ms Plant had not only excelled but had scored a fantastic job.

Ms Plant is one of more than a thousand students marking the end of their studies at celebration ceremonies this week (April 12 – 15).

Having majored in Math and Statistics during her undergraduate degree, Ms Plant found herself drawn to biometrics, the statistical analysis of biological data.

“I chose the University of Southern Queensland in part because of how close it was to my family, but also because I wanted more face time with lecturers,” Ms Plant said.

“I ended up taking a lot of biology electives, which worked out well. Along with the maths and statistics courses, it formed a nice progression.

“I really liked the subject matter, so decided to combine the two for my Honour’s research.”

Under the guidance of Associate Professor Rachel King, Ms Plant chose to study additive regression trees for her honour’s project.

A regression tree is a predictive modelling approach that helps to draw conclusions about an object or data set based on its features.

“My project focused on comparing the methods – I learnt a lot on a specific area which was fun.

“During this time, Rachel asked me if I would be interested in doing an industry placement.

“I did five weeks with the Department of Agriculture and Fisheries, after which they asked me if I would like to work with them part-time.”

On finishing her honour’s degree, Ms Plant was offered a full-time job at the Department of Agriculture and Fisheries as a biometrician.

“I now design and analyse experiments, mainly those on crops,” she said.

“Some of these include trials on herbicide resistance or disease where I design the experiments and analyse the data.

“It’s a really interesting field to be in.”

Ms Plant also maintained a perfect GPA during her study, earning her a University medal.

“When my parents found out they were really proud,” Ms Plant said.

“I really focused on my study and, because I liked the field, I enjoyed doing extra reading on the topics.”

What: Toowoomba graduation celebrations (all disciplines) 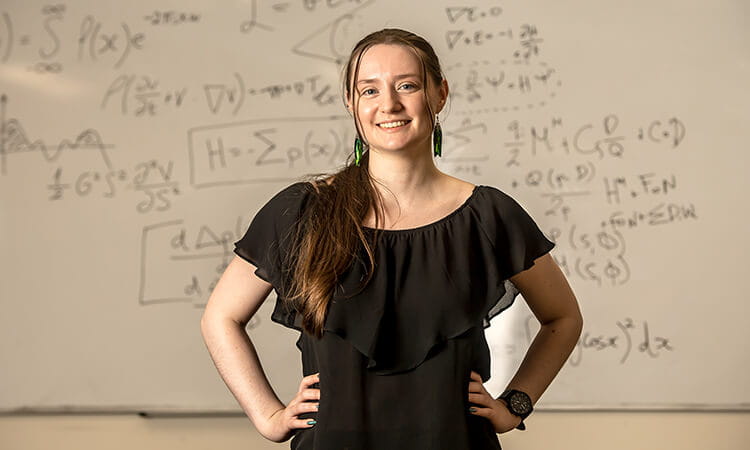