As federal parliament has been rocked by allegations of sexual violence, one of the frequent questions has been “why don’t victims go to police?”

But this is not a straightforward or easy solution. And victims can easily end up being re-traumatised by going through the criminal justice system.

How can we make going to court better for those seeking justice? One critical way is to provide victims with their own lawyers.

What many people may not realise, is that throughout the legal process, victims are simply assigned a lawyer through the Director of Public Prosecutions. This means they do not have access to their own lawyers to protect their privacy and individual interests at trial.

According to the Australian Bureau of Statistics, almost 90% of women do not report their sexual assault to police.

One of the reasons victims do not report sexual violence — or delay reporting — is fear they will not be believed. This does not come out of nowhere.

According to a 2017 national survey, there is a widespread mistrust of women’s reports of violence by the community, even though evidence shows false reports are rare.

The DPP has significant powers

Even for those who do report, the ability for victims to get justice is out of their hands.

The Director of Public Prosecutions has significant discretionary powers, including the ability to decide whether a criminal case should proceed and how it will be prosecuted. The reality is victims have no control or ability to challenge prosecutors’ decision-making.

For cases that proceed to prosecution, victims’ experiences are generally negative. This is due to insensitive treatment by criminal justice personnel, including defence lawyers.

Compounding this are the myths and stereotypes that underpin [intrusive defence questioning] at trial. These include questions about victims’ sexual history, used to create a false perception the victim consented to sexual activity or is the “type” of person who is more likely to consent.

This is also a reason why so few convictions are reached.

Given victims are disclosing highly personal and distressing details about their assaults, and potentially being subjected to fierce cross-examination at trial, they are often re-traumatisated by going to court.

This intensifies the barriers women face reporting and having their stories heard, which further denies them validation and control.

As US psychiatrist Judith Herman has noted,

if one set out intentionally to design a system for provoking symptoms of traumatic stress, it would look very much like a court of law.

The adversarial nature of Australia’s criminal justice systems means crime is contested between two parties: the state who prosecute in the public interest and the accused person.

This means the victim is not considered a party to proceedings, despite being directly impacted by the offence, and therefore does not have an active role or voice.

Courts have a duty to protect victims from certain misleading, intimidating and humiliating questioning, such as in relation to victims’ sexual history and character.

However, research shows defence counsel continue to ask such questions to undermine victims’ character and testimony.

Scholars and victim advocates, including women’s specialist and legal services, have raised concerns over the lack of judicial intervention.

This has led to calls for government-funded legal representation to enhance victims’ treatment in the legal process and reduce the likelihood — or extent of —re-traumatisation.

If victims can be assured their privacy and interests will be protected, they might be more inclined to report and/or stay engaged in the criminal justice system. Having a lawyer present at trial may also decrease victims’ feelings of stress and anxiety and improve their confidence when testifying.

As former South Australian Commissioner for Victims’ Rights, Michael O’Connell, has argued, legal representation can allow victims to feel like

integral players […] rather than mere bystanders in the criminal justice system.

Victim lawyers around the world

There are several different models of legal representation for victims around the world.

In the German system, victims of sexual offences can engage lawyers who have rights to represent them, including the ability to elicit evidence and ask questions of the accused person at trial. In Denmark and Sweden, victims of sexual offences also have the right to engage a lawyer from as early as the police reporting stage, to receive advice about the legal process and compensation claims, as well as moral support.

The right to victim lawyers in adversarial systems - like Australia’s — is less common. Victim lawyers are available in Ireland to prevent the disclosure of victims’ sexual history evidence in court. England and Wales also recently piloted provision for victim lawyers, as has Northern Ireland.

In Queensland and New South Wales, sexual assault victims can be legally represented when challenging defence applications for the disclosure of their counselling notes and other confidential therapeutic records. However, this representation does not extend to the actual criminal trial.

Resistance to the idea

Despite the benefits of lawyers for victims, concerns about practical implications remain.

This is due to the perceived threat a third party — a victim’s lawyer — might pose to the two-sided contest between the state prosecutor and the accused person. There are concerns the system would become unbalanced.

In 2016, the Victorian Law Reform Commission opposed the idea on the basis police and prosecutors are already obliged to keep victims informed about the legal process and victim lawyers might lead to “dual representation".

However, this fails to recognise victims have legitimate interests that might compete with the interests of the prosecution, who represent the public interest. These include rights to privacy about their personal records and prior sexual history, and to be free from character attacks during cross-examination at trial.

While it may not be viable, at present, to introduce victim lawyers throughout the entire prosecution process, there is certainly scope to introduce them at specific stages.

Change that is positive and possible

In the first instance, we need social and cultural change to quash the myths and stereotypes about sexual violence. They prevent victims from reporting and undermine investigations, prosecutions and victim experiences.

In the meantime, introducing victim lawyers is a practical, possible change we can make to enhance victims’ well-being, safety and access to justice. 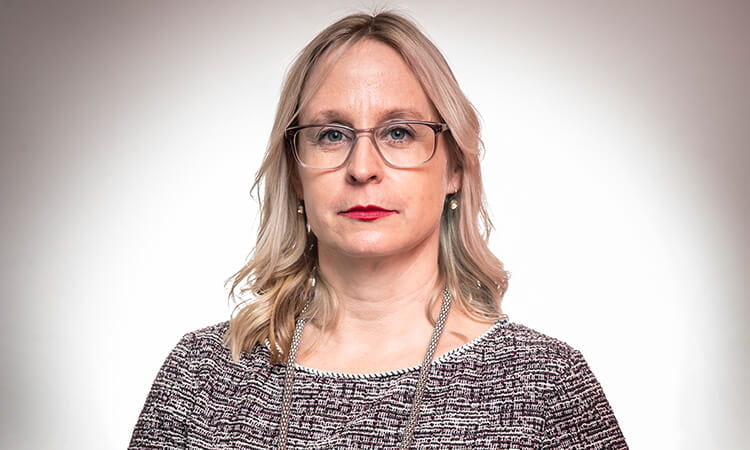