Farming future in safe hands with Generation Next

It’s a traditional industry moving fast to make the most of technology and innovation, and now two University of Southern Queensland researchers have been awarded for their plans to take Australia’s primary industries successfully into the future.
TAGS:
Agriculture and Agribusiness, Sciences

The 2021 Science and Innovation Awards for Young People in Agriculture, Fisheries and Forestry were announced by the Department of Agriculture, Water and the Environment today (March 4).

Mr Border, a PhD student and part of the University's Centre for Agricultural Engineering, was named the recipient of the Australian Meat Processor Corporation Award for his project to explore new techniques to avoid yield losses in the red meat processing industry currently worth an estimated $89 million.

“This is an incredible opportunity to address a number of the issues being faced by the industry, utilising advanced sensing and imagery equipment, as well as robotics technology,” Mr Border said.

“Excitingly this project also has the support of a number of local processors in the Toowoomba and Darling Downs area, so it is exciting to be working directly with industry on a project that will have on the ground impact, and further strengthen the connections the University of Southern Queensland has with the agricultural sector.”

Dr Faraji Rad from UniSQ’s School of Mechanical and Electrical Engineering was named the recipient of the CSIRO Biosecurity digital innovation Award for her research project designing a microneedle patch to rapidly diagnose plant diseases in the field.

“I am looking to integrate biosensors in the patch, which will allow pathogens to be quickly detected on the farm, and the extracted sample also could be sent to the lab for processing or further analysis,” Dr Faraji Rad said.

The Science and Innovation Awards for Young People in Agriculture, Fisheries and Forestry are awarded annually to scientists, researchers and innovators between 18 and 35 years old who have a project that will benefit Australia’s primary industries.

Each category winner is awarded $22,000 to help fund their research over a 12-month period. 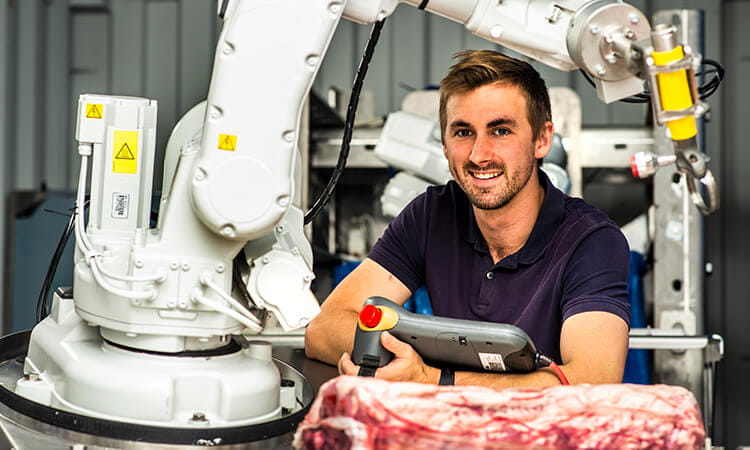