Described as ‘Australia’s Elon Musk’, University of Southern Queensland Bachelor of Business graduate Gerard Barron has this month finalised the business collaboration of his career, that has the potential to revolutionise the renewable energy space.

As the CEO and Chairman DeepGreen – the world’s largest underdeveloped metals resource company – the son of Darling Downs dairy farmers is one step closer to making his vision of revolutionising the electric vehicle and renewable energy sectors a reality.

“The reality is that the clean energy transition is not possible without taking billions of tons of metal from the planet. Seafloor nodules offer a way to dramatically reduce the environmental bill of this extraction and we are getting into this industry with a deep commitment to ocean health and a clear stop date in mind,” he said.

“We’ve entered into a definitive business combination agreement with Sustainable Opportunities Acquisition Corporation, a special purpose acquisition company with a dedicated environmental, social and government focus and deep operational and capital market capabilities in the energy and resource sectors.

“The combined company has a pro forma equity value of US$2.9 billion and will operate as The Metals Company upon closing. As part of the transaction the company has raised SU$630M to support the ongoing development activities. Together we’ll produce better metals to supply the electric vehicle transition, while building up enough metal stock to stop extracting from the planet and enable society to live off recycled metals."

The youngest of five children and enduringly inspired by his Mother’s outlook on life, Gerard Barron now lives and works between bases in London, California and Dubai – a long way from his childhood home of Biddeston near Oakey.

“I was always an entrepreneurial kid and I guess that comes from being the youngest of a big family and also going to a primary school where I was only one of 50 students – you were always looking for a point of difference,” Gerard said.

“I went on to Oakey State High School and when it came time to make some decision at the end of Year 12, moving to Toowoomba and studying at UniSQ seemed like a logical choice based on proximity,” he said.

“I was accepted into a Bachelor of Business, which wasn’t something I chose based on anything other than a desire to have a good platform to help me make the most of my future.

“Plus, I enjoyed reading the Financial Review as a teenager and I was always looking for an angle or a service gap, so I connected the dots and threw myself in to Toowoomba life.”

Majoring in economics and marketing Gerard worked four jobs in his first year of university.

“I graduated in 1986 yet to this day, my time as a university student – both on campus and off campus – shaped how I think about the world, and continue to do so,” he said.

“I think about the core lessons from first year subjects around brand and macro-economics which provided me with such a great grounding for what was to come. Those lessons still drive me, and I remain passionate about them.”

While he professes to never having a “real” job, Gerard Barron is indeed a seasoned entrepreneur, starting his first company while studying at UniSQ.

“Interest rates had been really high but were starting to come down and I saw a gap in the market for people to refinance on their loans to save some money,” he said.

“I bought myself a HP12 calculator, suit and a tie and made a meeting with a finance company with no real idea of what I was doing but it turned out to be a quite lucrative move.”

As he moves into the next epic phase of his business career, Mr Barron is happy to acknowledge the part his days as a University of Southern Queensland student have played to date.

“We are on a mission of quite epic proportions, no doubt about it, but at its core I’m on a brand building exercise” he said.

“I want to build the most respected metals company in the world, and how do you do that? You build trust and transparency, and you establish values to live by inside and outside of the organisation. And as you learn early on in business and marketing at university, great brands attract great followers and over time, great shareholder returns.

“Everything I’ve done, including my degree from the University of Southern Queensland, has prepared me for the role I’m attempting to play in enabling a green transition when it comes to metals.

“A lot of people in my generation are of the opinion that it’s quite hard for kids starting their studies and career journey now because a lot of jobs are disappearing – but I see that as a huge opportunity. It’s an incredibly exciting time because there are no boundaries.

“You don’t need a lot of money to start – all you need in determination and a good idea.”

And for all Gerard Barron has achieved since leaving the family farm, the impact his formative years in the Toowoomba region have had on him are clear.

“I would say to anyone about to embark on their university journey to never underestimate the value of building deep, meaningful relationships and maintaining them. Both in business and in life,” he said.

“My very closest friends and trusted advice-givers are people from my uni days, and I have nothing but fond memories of UniSQ and what I’ve built in life since.” 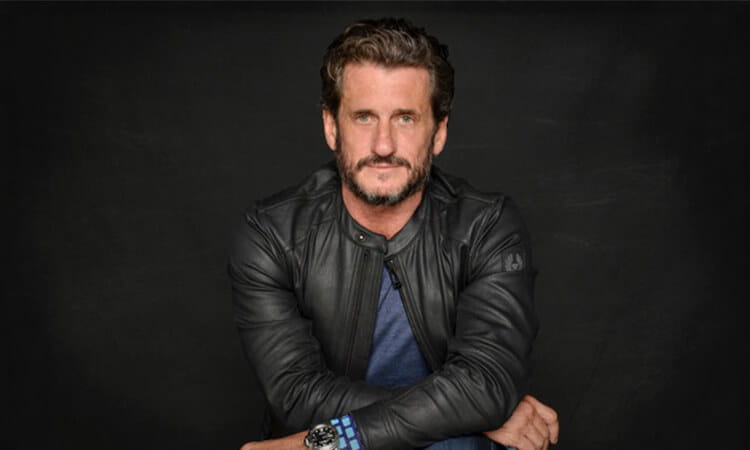 UniSQ graduate and CEO and Chairman of DeepGreen, Gerard Barron.