Research that holds water: Building a sustainable future for the Murray Darling Basin

The future of one of Australia’s most significant environmental, cultural and economic locations, the Murray Darling Basin, will be decided next month.
TAGS:
Environmental Sciences, Sciences

A team of researchers and community leaders, government bodies, industry and businesses, led by the University of Southern Queensland and The University of Melbourne, will pitch their plan for the system of interconnected rivers and lakes to the Federal Government next week.

They are proposing to create a ONE Basin Cooperative Research Centre – a 10-year research initiative offering an industry-led and basin-wide approach to the science needed to sustainably manage the Murray-Darling Basin’s resources.

University of Southern Queensland’s Professor Gavin Ash, who heads the UniSQ Institute for Life Sciences and the Environment, is ONE Basin CRC’s Northern Basin Hub Lead.

Professor Ash said local expertise would help ensure the northern Basin’s farms, businesses and environment had the resilience to weather a changing climate.

“The Basin covers four states, is home to more than 2 million people, and accounts for around 40 per cent of the country’s agricultural produce (including 100 per cent of rice, 80 per cent of our grapes and 28 per cent of dairy),” Professor Ash said.

“Until now, there has been a state-by-state and region-by-region approach. We want to bring all of that information together and then deliver it back to each region.”

A coalition of industry and community groups, universities, government bodies and businesses which have committed more than $120 million to the bid. There are currently over 80 partners, including the Western Downs Regional Council, Goondiwindi Regional Council and the Murray Darling Basin Authority.

If the bid is successful, the ONE Basin CRC’s Northern Basin Regional Hub will be located at Goondiwindi and cover southern Queensland and northern New South Wales, initially focusing on building resilience in the cropping and grazing areas of the Condamine-Balonne and Border river catchments.

Goondiwindi Mayor Lawrence Springborg AM welcomed the proposal, including plans to locate one of the CRC’s five research hubs in the region.

“We see this CRC as critical to the Basin’s sustainability and a future based on best-practice research and learning, which will help grow our region from an economic and population perspective,” he said.

“The community outside the Basin is interested from an environmental point of view. They don’t understand the nexus between environment, production and sustainability. The ONE Basin CRC will enable us to understand and explain it better.”

ONE Basin CRC interim Chief Executive Officer Mike Stewardson will make a personal presentation to the CRC Advisory Committee on February 25 during the final stage of the current CRC selection process.

Federal Minister for Industry, Science and Technology Karen Andrews is expected to announce the successful CRC bids in March, with funding to be issued in October. 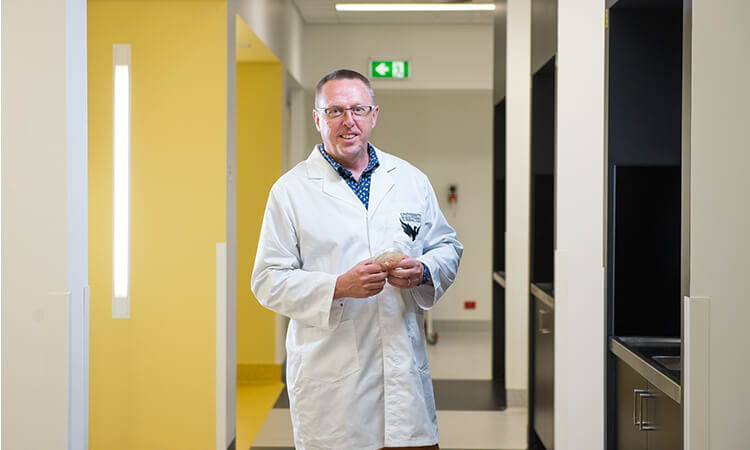