UniSQ Festival of Astronomy and Space

Join UniSQ at the Festival of Astronomy and Space taking place over three days during World Space Week.
When
06 - 08 OCT 2022
Where
UniSQ Toowoomba Campus
Register Now

All activities are free to attend and some sessions will be available to join online via Zoom. Please register for each session you are going to attend, information below. 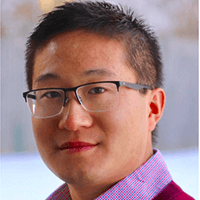 Towards the Atmospheres of Alien Planets in the Next Decade

Exploring planets around other stars help place our Earth and our Solar System into the cosmic perspective. In this coming decade, we will gain the ability to characterise planets around other stars in great detail. In this talk, we will explore the new generation of space and ground based telescopes coming online, like JWST and the Giant Magellan Telescope, and how we will use them to sniff out the atmospheres of small planets, and watch newly born solar systems form and evolve in real time.

George is an astronomy researcher discovering and investigating planets around other stars using data from NASA’s TESS probe. He is striving to learn more about what factors shape planetary systems, and what makes our Solar system special. He is an Australian DECRA Fellow, been a NASA Hubble fellow, and a CfA fellow at the Harvard-Smithsonian Center for Astrophysics. 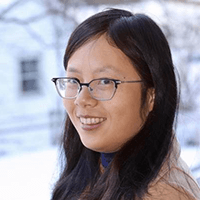 Mapping planets in the Solar Neighborhood

Astronomers are discovering planets around other stars with an enormous speed nowadays. Since the launch of NASA's Transiting Exoplanet Survey Satellite (TESS) in 2018, we are able to map out exoplanets all over the sky for the first time. Many of these exoplanets are within only a few hundred light years away from the Solar system and we are just starting to learn a lot more about them individually. Chelsea will share some insider stories about the TESS project, its famous discoveries and how amateur astronomers all over the globe are engaged in this grand hunt of worlds outside of the Solar system.

Chelsea is an astronomy researcher specialising in wide-field photometry and planet detection with ground and space-based data. She has discovered more than 2000 planetary candidates with data from NASA’s TESS probe. Currently Chelsea delves into details of exoplanets to help understand how they formed and might evolve. She is an Australian DECRA Fellow, was a Juan Carlos Torres Fellow at MIT, and a Dunlap and CPS fellow at the University of Toronto. 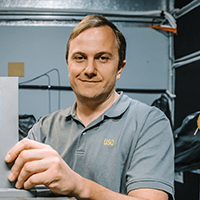 Airborne Observations of Aerospace Phenomena - From Rocks to Spacecraft

What do an aircraft, a dying comet, and falling satellites have in common? In this talk, aerospace engineer Dr Fabian Zander will describe how observations taken from a modified business jet aircraft are allowing researchers from Toowoomba to study how objects burn up as they fall to Earth. He will tell the story of two flights in a private jet provided by local company RTI to study both artifical and natural fireballs, describing how the missions were planned, the instruments constructed, and showing the results their airborne endeavours.

Dr Fabian Zander is a Senior Research Fellow in Aerospace Engineering at the University of Southern Queensland. Fabian’s research interests are in hypersonic aerodynamics, optical diagnostics, airborne observation missions and rocketry. He is a current ARC DECRA fellow and Member of American Institute of Aeronautics and Astronautics.

Join the Toowoomba Philharmonic Society and our very own UniSQ staff for a special performance under the stars, followed by a very special night-viewing opportunity.

Hear from the best and brightest in the space and astronomy fields and learn more about space and our place in it.

Join us for a youth focused look at space and astronomy. Get hands on with space and help inspire the little ones in your life.

From Astronomy to Environmental Science, Medical Laboratory to Wildlife Management and everything inbetween, there is sure to be a Sciences area to inspire you.
Find out more