From Melbourne to Toowoomba to Oxford, Dr Belinda Nicholson is on a mission to find an Earth like planet to help us all understand the universe.

On the afternoon Dr Belinda Nicholson was available to speak with the University of Southern Queensland Alumnus team she dialled in from the hallowed grounds of the University of Cambridge in the United Kingdom where she was attending a conference.

“I’ve been in the UK since the end of 2019 as a Postdoctoral Research Assistant at the University of Oxford and a Fulford Junior Research Fellow at Somerville College. I still pinch myself when these opportunities present themselves to me,” she said.

“To hold a position at Oxford and have the opportunity to meet with astronomy contemporaries in a location like Cambridge – I can’t believe I’m lucky enough to call it all work.”

Following an undergraduate and a Masters degree from the University of Melbourne, Belinda applied to do her PhD on the magnetic activity and winds of young, cool stars at the University of Southern Queensland, beginning in 2014.

“I knew at end of my Masters that I wanted to keep doing more research in astronomy and I also knew it would be good for me to go to a new university to gain new colleagues and a new perspective,” she said.

“I applied to a few different places – then I saw PhD position advertised at the University of Southern Queensland. I’d heard of the university before but until then I’d never considered it as a PhD option.”

Belinda said points of significance struck her immediately when she first reached out for more information.

“I messaged the Director for the Centre for Astrophysics, Professor Brad Carter, and he immediately arranged for us to have a Zoom call,” she remembered.

“I was quite taken back with how engaged he was – here was the Senior Professor freely offering me his time to discuss the research position and answer my questions.

“Further to that, it was also a well-supported PhD position, both in terms of the colleagues around to mentor me and financially, with more funding than was available at the other universities.

“The financial support essentially gave me my independence and afforded me the option to leave Melbourne and live in Toowoomba and allowed me to travel internationally to present my work and learn from experts overseas.”

The lifestyle and professional opportunities saw Belinda complete her PhD in Toowoomba in 2018, and then stay on as a lecturer before being awarded a role as a Postdoctoral Research Assistant at the University of Oxford’s Department of Physics at the end of 2019.

“I never expected it to happen and it’s still surreal to be honest,” she said.

“Oxford is such an incredible place. In some sense it’s just like any other institution and change can be glacial but it’s so full of passionate people and the astronomy department is incredible.”

In her role at Oxford, Belinda assists across a number of projects, including the Terra Hunting Experiment.

“The project is the most intensive search ever attempted for to find Earth-like planets around the nearest Sun-like stars, so it’s a big deal,” she said.

“We’re working together to overcome the many challenges of finding an Earth analogue planet. We’re chasing a very small signal and so much gets in the way of that signal.

“We’re building an instrument that will help us to precisely measure the light from stars, and developing better methods to understand stellar signals – and that’s the part I’m most interested in. The instrument is being built now. It’s an exciting time to be part of the project.

“I’ve always had a fascination in instrumentation and that’s part of what I loved about doing my PhD at the University of Southern Queensland. MINERVA-Australis was being built at the University’s Mt Kent observatory when I was there, and I enjoyed being part of that.”

Belinda is also involved in projects focused on looking for transiting exoplanets and collaborating on the HARPS-North (High Accuracy Radial Velocity Planet Search in the North) instrument Science Team.

“In another decade I hope we’ve already detected an Earth-like planet, or we are about to publish, and have overcome some major obstacles in the field,” she said.

“All of the technological and scientific milestones that we’re going to hit along the way means we’ll understand so much more about stars and that’s so important globally.”

“Much of the life of Oxford University happens through the colleges, so I was incredibly lucky to be awarded this Junior Research Fellowship at Somerville,” she said.

“It was one of the first women’s colleges at Oxford and the history is mind-blowing. It’s also afforded me the chance to mix and meet with people outside of my own astronomy research bubble, too.

“I’m speaking to Medievalists, linguists, philosophers and medics, and classicists returning from field trips translating ancient inscriptions in stone – it’s a lifestyle and experience I never thought I would get.”

And while the weather is ‘grim,’ according to Belinda, she’s intent on continuing to make the most of her UK opportunities.

“My research relies on patience and the knowledge that the longer you observe, the more you’ll find,” she said.


“But I also know that everything is just a moment in time – fleeting, a temporary experience – so I’m soaking it all up while I can.” 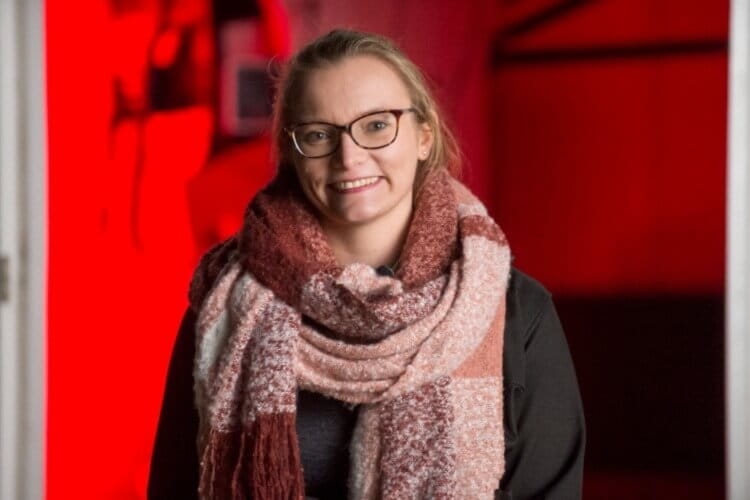